Day 156: The Gentlemen Are Coming By

It's been around for ever, but I really cannot think of a better way to spend one hundred and forty-four hours than watching the entire seven series' of Buffy the Vampire Slayer. Last night, after holding back for just the right occasion, we ordered room service and then sat back on our feather infused bed with our lattes and watched the last two episodes ever. I had done the one-forty-four before, but for the last three and a bit years I have been forcing V—— to watch it all again for me. Are you a fan? Couldn't ever see the attraction? This may be a bit bold, but I think the whole of life and the dilemmas of modern womanhood can be explored and navigated via Buffy. Plenty in there for men's studies too. The writers are geniuses. Every episode contains wit, humour, pathos and insight in various measures. You need to build up a love and appreciation of the characters, but if you were to just give one series a try, I would have to recommend the fourth. It is truly sublime. Watch Hush. The Gentlemen steal all the voices of everyone in the town of Sunnydale. The episode is, for the most part, completely silent, and completely brilliant. I don't think you can truly tell how magnificent a team of writers are until they have to write a whole episode without words. As with Harry Potter, this won't be the last time I go wondering through the world of Buffy. 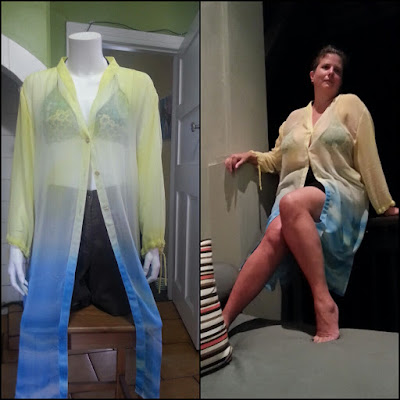 Irene               List_Addict
A question on behalf of V—— to all the Angry Birds aficionados out there: in Space, is there ever a piggy version of Emperor Palpatine? Personally I am unable to play Angry Birds Space, because I have formed this rule that says I have to finish every game with three stars in Angry Birds HD before I can start on Seasons, then Rio and finally Space. But the problem is that they keep updating with more levels. It's akin to the Kathy Reichs rule, where I need to read all the Bones series before I can move onto another crime writer's complete oeuvre. I thought I was getting close but some Internet stalker program recently sent me an email to say there is another one coming out soon. I will be with Temperence Brennan and high definition Angry Birds for the rest of my life at this rate. 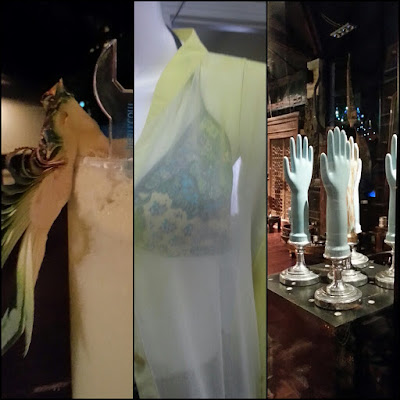 
Cocktail: Piña Colada, Tongkha Tin Syndicate, rum, Malibu, coconut milk, pineapple juice
Steampunk: ceramic hands (this is the first time I ever wanted to take a piece of artwork home from a hotel)