Wow! Time is warp speed at the moment. It's that time of the month again where the Literary Junkies chat about reading and books and pages and words. And seeing as those are four of my favourite things, here is my contribution:

Q: What are you currently reading? Tell us about it!
A: Again the easiest way for me to tell you the answer to this question is to narrow my currently reading list of twenty-five books to the ones I added to the list this month. That comes down to Damned by Chuck Palahniuk, Blue Blazes by Chuck Wendig, and JK Rowling hiding out as Robert Galbraith's The Cuckoo's Calling (although I am thinking she could change that to Chuck Galbraith and then I will have started reading three books in the same month all written by a Chuck! And my name could, and does, get shortened to Chuck. Ooh, that is so 317!) Damned I am reading to try and sort out what my PhD is going to be about and which books I will use. I am not sure if I like the voice at this point (although I am only a little into the book). [Spoiler Alert: You're only get one alert so don't read on unless you are happy to find out something about all three books]. The narrator is a teen-aged, relatively anti-social and self-esteem damaged girl who's ended up in Hell (with a wind-up watch) after a marajuana overdose. There are some literary devices, repetitive devices, that I am not sure about and am concerned they will drive me mad. I am tainted because I did something I never do (warning: hypocrisy ahead) and read the reviews. They weren't good. Well the top few weren't, and so I am in the process of trying to blank the slate again. Blue Blazes was chosen for two reasons: one, as the Urban Fantasy option for my Eclectic Reading Challenge, and two, because I have been reading Chuck's blog for ages and figured it was time to read the longer version. Again I am not far in, but I'm liking it. Dad and daughter are in some sort of a tacit negotiation for position in the underworld of the over world which has a monster-element underworld, in turn. We're in the creation of a literary world part of the game. I'm intrigued. And The Cuckoo's Calling I am reading for the same reason as everyone else—curiosity. You've heard this riff before: I'm not very far in. But I am enjoying the suggested premise of the classic private dick story. Just tasters so far but I'm excited. 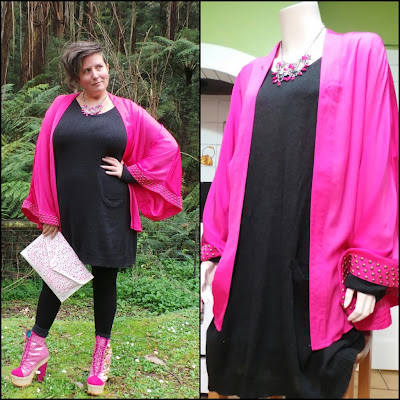 List_Addict               Irene
Q: What is one book you think every person should read at least once in their life? Why?
A: Something beautiful and poetic. Something where words are melted butter and sugar. Something like The Shipping News, The God of Small Things, a Salman Rushdie or Haruki Murakami or The Great Gatsby. Something that is the best writing. In my opinion that is. You'll probably pick something different.

Q: Do you think you could ever write a book? If so what genre would it be?
A: On my list of a hundred and one things to do before I die are five books to write: a mystery/suspense, a romance (even though I never read them), an erotic novel, a book of poetry and 'my' book, the one in which I tell the story I have to tell. The last is probably the most important. The others are, in essence a formula or a twist on a formula. The last is a voice. I have a feeling my voice would be magic realism.

Q: Do you listen to audiobooks? Do you look for the same things in an audiobook that you do in one you’ll read?
A: If I had a vehicle and went long distances, I may. But with time the way it is, I would rather read them than hear them. I like to read to people. Poor people. Maybe I should borrow someone's kids. I just hope they don't mind what they listen to because I still want to read what I want to read. I read out a fair bit of Travels with Charley, John Steinbeck's travel memoir with his standard poodle, to the boy when he was having his own travels with Charlie (me), but I don't think I'll be on the either side of talking books anytime soon.

Q: Can you suggest a book of each type for others to try:

Fantasy - I used to read lots of fantasy, but I stopped. I recently joined the Throne throng, but there is no point suggesting what everyone is already reading so I'll recommend a re-read of the book that started it all The Lord of the Rings. If it's been a couple of years, go back. But just remember, Strider is mine. I read him first. But you can all have Vigo.

Nonfiction - Moby-Duck: The True Story of 28,800 Bath Toys Lost at Sea and of the Beachcombers, Oceanographers, Environmentalists, and Fools, Including the Author,Who Went in Search of Them by Donovan Hohn. Is a bad present buyer in the book department someone who thinks people will enjoy a book because it sounds good to them? I bought this book for someone because I think it sounds amazing. It is on the to-be-read pile, but I think you too will love it! Could be terrible.

Fiction - This is a task too huge for me. So instead I have (again) scanned the book store shelves (virtually) for a book I could buy you, something that sounds good to me, but that I think you will like, and I decided to go for Robin Sloane's Mr Penumbra's 24-Hour Bookstore: A Novel (stop putting 'a novel' behind every title people! It is annoying). That is an instinct decision. Cannot guarantee any satisfaction. But that is the risk, isn't it? If you are very concerned, borrow it from the library. And please let me know what you think.

Romance - No. Oh, sorry, is that not an option? I don't read them. Oh, okay, wait. The Four Letters of Love by Niall Williams. But only if you want to cry.

Classics - A Tale of Two Cities by Charles Dickens. Classic first line; doesn't get more classic that Dickens; classic sacrifice for love. Oh, maybe I do read romance after all.

Young Adult - The Lemony Snicket series. They're so cute. And those poor Baudelaire children! What hard lives they have.

Aside: Today's A/W 2013 Outfit inspired by the en-trend item, the Kimono, as seen over at Tom Ford, Missoni, or, Giambattista Valli. 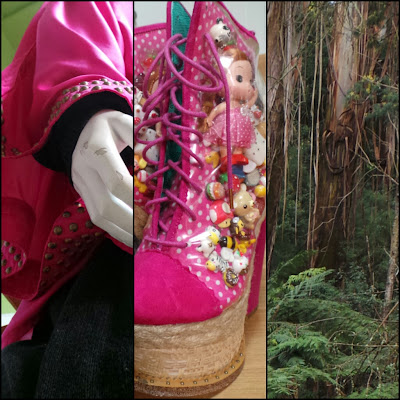