Day 270: From a Sandwich to a Lollipop

My theory is the Literary Junkies like talking about books so much that they sneak in 'monthly' check-ins more often than once a month. There is no physical way in the Universe that a month has already gone by since the last. Regardless of the warped nature of time, its folds and twists that make the linear seem shorter than it actually is, like the Norwegian coastline (guess the obscure literary reference to the Norwegian coastline—twenty arbitrary points if you do), it is time for me to explore books and their context to me for the last thirty or so days.

Q: What are you currently reading? Tell us a bit about it!

A: Usually I spare you the time consuming list of craziness that is my 'current reading pile' in favour of just letting you know what has been added in any given month. But sometimes we need to take stock and see what is happening, big picture. The pile is was in the process of being whittled down. And then a challenge happened. Feel free to completely skip over the next fourteen lines, but for my own sake, these are the books on the pile at this exact moment in time: The Book of Secrets, Don Quixote, Antigone (in French), Turn of the Century, David Copperfield, This Side of Paradise, Flowers for Algernon, The Secret Teachings of All Ages, Up Country, War and Peace, The Silver Linings Playbook, All That I Am, The Game of Thrones: A Song of Fire and Ice, The Mill on the Floss, A Necessary End, The Cuckoo's Calling, American Gods, The Blue Blazes, Damned, The Girl Who Played with Fire, The Handmaid's Tale, Stiff: The Curious Lives of Human Cadavers, Against the Day, The Norton Anthology of Poetry, The Waterworks, The Brief Wonderous Life of Oscar Wao, Choke, The God Delusion, The Book Against God, Airframe, The Road, Night Film, Dead Until Dark, Angels and Demons, In a Sunburned Country (a.k.a Down Under) and Ella Minnow Pea. Phew!


Q: What are your five most recent book purchases?

A: I bought The Book Against God by James Wood and Ella Minnow Pea: A Progressively Lipogrammatic Epistolary Fable (and there is a Wonderous Words Wednesday post (e.g) just in the title) for my latest challenge (mentioned above). I bought Bill Bryson's Down Under and the True Blood Omnibus, Books One through Three of the Sookie Stackhouse series by Charlaine Harris because the dodgy copy of the former I had was, well, dodgy, and I didn't realise I had the latter already on my device—she fails Shopping 101! And I bought Invisible Monsters Remix by Chuck Palahniuk because I'm researching researching my Research degree and this is meant to better than the original, Invisible Monsters (I'm excited about this one). 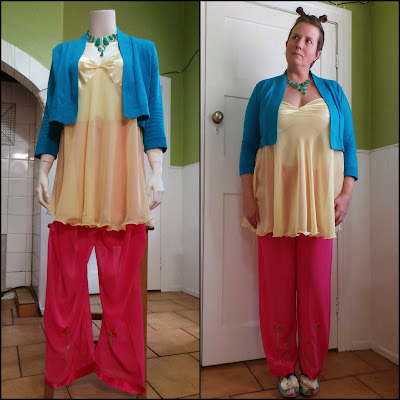 A: Bear with me in this logic labyrinth: Lollii (my dog) needed a name—before she was Lollii. She is a Staffy/Whippet cross. Staffies come from Staffordshire originally, so I googled novels set in Staffordshire, or some such (because, do you think I can replicate it now!!), and up came a book about someone who had a dog called Sandwich. Maybe, we thought, we could name her after a food item. And after some bandying about 'lollipop' came up. A supermodel like Lollii, all legs with a big, smiley, Staffy head, finds no better name than Lollipop. But, sorry, for the life of me I can't find the book. If anyone knows it, please let me know.


Q: If you could live in one book, all of its characters and in the town, which would it be?

A: There are the obvious choices: East or West Egg, if there wasn't the deep down sadness and will to self-destruct; Hogwarts, as long as the dementors are not around; a slew of Northern East and West Coast of the US and Canada locations for the colorful oddities who live there: The Yiddish Policeman's Union, The Shipping News, Passage to Juneau—or maybe it's for the cold climate. To take on a whole book of characters and locations though, maybe I would go with that apartment building full of unusual people in the XVII'th arrondissement of Paris that is home to Georges Perec's Life: A User's Manual. I would never be bored, and I might even get social.


Q: Can you think of a book you read that taught you something concrete that you've never forgotten? Tell us about it

A: I don't think I could narrow it down. I'm like a bowerbird where incidental and obscure facts, ideas and words are my blue. I line my nest with them and use it to attract a mate. Oh, actually, not quite like that. But silly facts do pop out of the walls of the nest occassionally, like the fact that Burke and Wills took a Chinese gong and a Stationary Cabinet with them on a many-month foray of exploration across the Australian outback. Um! What the? Useless for them; useless for me. 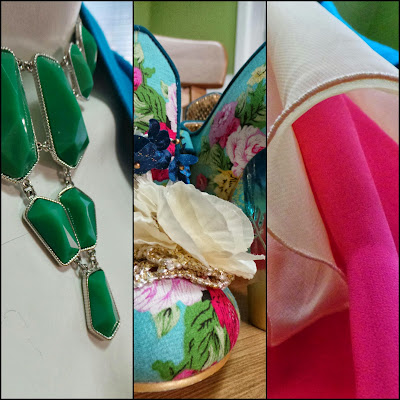 The Outfit
Tag-in, Tag-out Project in play, with one item each day carried to the next
And in which things become divergent
Slip (Tag-in—Option Two): Op-shopped
Cardigan (Tag-out): Op-shopped
Pants (Tag in-Option One): Kmart
Necklace: Lovisa
Shoes: Irregular Choice 'Can't Touch This'