The anticipated trip to Savers, Las Vegas. I think our taxi driver found it a little odd that we were leaving a suite at Caesar's and going thrift shopping. But many people don't prioritise well. Personally I would prefer clean feather pillows, a heavenly mattress, bright white towels and the fantasy of what it would be like to have more storage space than stuff (Ha! Like that would ever happen—it's the handbag theory: no matter the size, a gal will fill it!) and clothes with 'worn charisma', than a Chanel suit, a hard synthetic pillow with a thousand head shapes imprinted into it and a plastic bath tub. Although I am aware that some people get both the 'good' things (and some get both the 'bad'). It's all about perspective.

I now have twelve new items to showcase in the future, as well as a couple of accessories. My thoughts? Truthfully? I had the idea I would be able to get amazing vintage for bargain prices. Didn't happen. I really wanted to get things I wouldn't be able to get at home. The very nature of thrifting probably makes that a given anyway. I got things ordinary and things fabulous—even if not vintage—including a couple of jackets, a cape (can one have too many capes?), some eighties vintage (Oh Lord, does not feel right to say that when you went through that era the first time!) and a jumpsuit. They kindly signed me up to the Savers Club and all in all I spent a hundred dollars on fifteen items. Not bad. 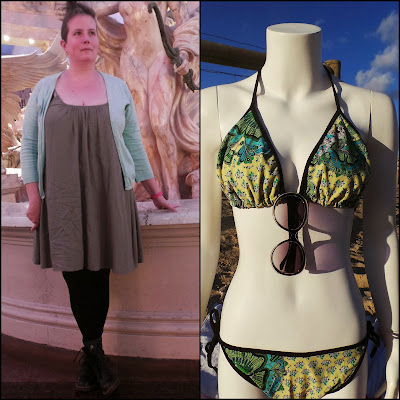 List_Addict               Irene
In the evening we toured the Neon Museum. Look at it on Google maps. You can see the giant head that once adorned the Treasure Island Casino looking up at the satellites—kinda spooky. It was a lot more informative and interesting than I thought it would be. A little history of Vegas and Old Vegas, of the mafia being taken over by the modern mafia more commonly known as big corporations. And stunning signs-so iconic. One of my best hours.

We stopped at The Fremont Street Experience on the way back. Whoo! Loud. And then we found ourselves at a bar called 'Five o'clock somewhere'—which we worked out, at that given time, was New Zealand. When I have cocktails, I normally tell V—— that they don't have any alcohol in them and let him taste. He chokes a little and refutes me. But honestly, they don't taste like it. Did the same here and he nearly fell off his seat. I could even taste the alcohol. It must be a ploy to get you to gamble. I had two drinks. I was absolutely stonkered! And obsessed with the idea of a steak and fries. Funny how, in a place as enormous and mindful of your carnal needs as Vegas, it is sometimes hard to find somewhere to eat. We ended up in our suite. Do you think that the in-room dining menu you get in those two upper floors—the ones you can only access by putting a card in the slot in the elevator—is different from the ones in the rooms on the twenty-seven other floors? Are they priced to reflect the people who would normally pay twenty-five hundred a night to stay? Either way, starving though I was, there was no way in the universe I was paying fifty-nine dollars for a steak. I wasn't that drunk, but still, alcohol is a really bad idea! 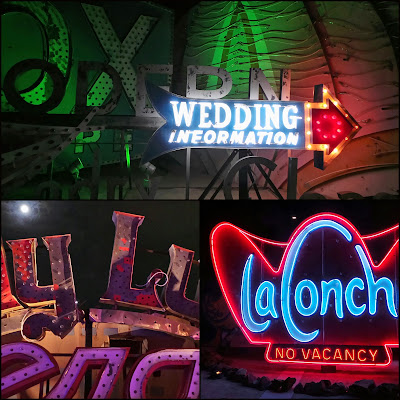