Day 327: Every Night I've Been Hugging My Pillow 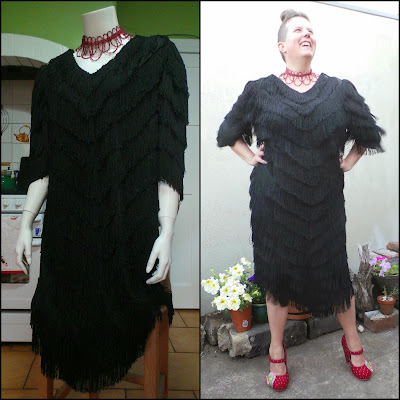 Irene               List_Addict
The snow came. We would, later in this trip, be ill, and it was possibly no surprise. The hotel in Roswell had a pool and spa and so we decided to go for a soak. But then the foolishness kicked in. A warm spa was warmer after a dip in the cooler pool, and then even warmer after standing, on a dare, for a minute, outside, in bathers, while it snowed on you. In the morning the car was covered. Another night of speculating on direction meant we were headed towards Texas, following Neil Sedaka's way to Amarillo because the song had got stuck in V——'s head. Are there more justifiable ways to choose destinations? Two things about snow: you don't expect, as a non-national, to see it in Texas! and, it precludes most outdoor activities and random stops along the way for general sightseeing or simply 'being' in a place. We did, however, manage to make two stops for the day: the Roswell UFO Museum and the Roswell Goodwill Store. 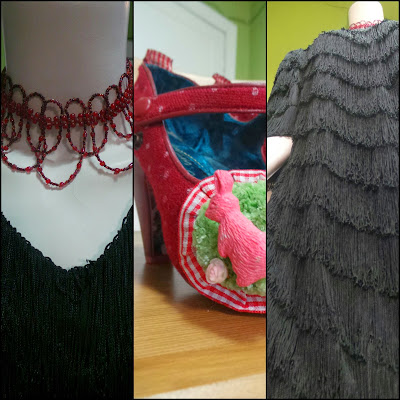 The sure way to guarantee a rumour persists is for a large government body to actively deny it. That is Roswell in a nutshell. Deny it, and then come up with a ludicrous alternative theory that insults everyone involved's (dubious) intelligence. I'm not good at museums. Four years of travelling through Europe cured me of them. Them, and churches. They can hold me a little longer if they have audio. I don't mind information directed straight at my brain via my ear canals, but having to read it doesn't work well for me. Maybe I do have ADHD. I usually just wander about and get bits of the story. There were some interesting bits. There were some tacky bits. It was just as I expected.

The Goodwill store, discovered last minute on the way out of town, was much better than I expected. I had a time limit (there is only so long I can go for before guilt about leaving V—— in a car while I spend hours in a thrift store becomes prohibitive to my thrifting enjoyment) and so I had to be focused and ruthless: straight to dresses, then vintage, then skirts; nothing more (except a glance at some jeans and a jacket), no time for trying things on; go with your gut instincts. The dress section was awesome—got an amazing chintzy-couch fabric, eighties retro dress and a denim dress. Vintage was overpriced. Skirts were great. Thrifting in the States wasn't, at first, what I envisaged it was going to be, but when I opened my heart to it without expectation, it surprised me over and over again. Today's dress, for example, looks terrible on a hanger. But put it on and I shimmey and laugh everywhere I go. I wore this on New Years Eve (even though all I did was go to dinner at my defacto-in-laws). It weighs a ton and is handmade, but it feels a million dollars when its on. I wish my pockets and my closets were limitless. I'd never stop thrifting. 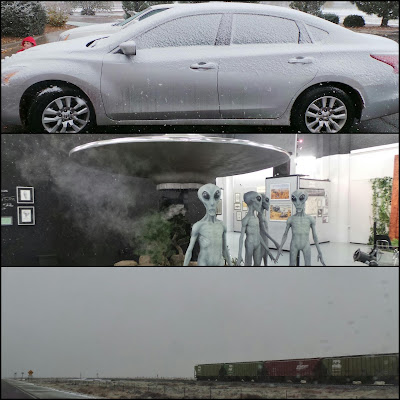 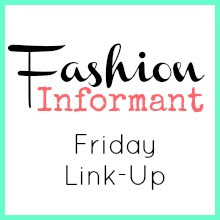