**This was going to be one of two posts I sent to Book Riot to try and be a contributor. Why waste it?**

Do you like Harry Potter? The person? Yeah, yeah, I know he isn't real. People don't have to be real to garner our opinion. Do you like Severus Snape? Rowling set us up to keep a corner of our hearts open for Snape. Not matter how bad he may have seemed at any given time, Dumbledore trusted him. And surely Dumbledore couldn't be wrong. Surely? It is a classic authorial ruse. We need our antagonists and enemies and nemesis-is-ises-es-ees (what is the plural again?) We like knowing who the goodies (protagonists) are, and the baddies, and the baddies-who-are-actually goodies. But what about the weird subsets? I have read three books lately whose characters were splattered in odd spots on the good-to-bad spectrum: the likeable bad good guy; the unlikeable good guy; and; the really likeable but not main player—the one with spark and gumption and character—who dies right in the beginning just when you were getting to love her. What? That last one is a category, even if I just made it up thirteen seconds ago. 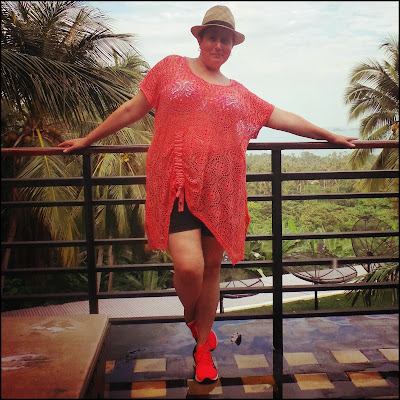 The Wasp Factory by Iain Banks

Frank. A strange, quiet, spooky, (mostly) loner who lives with his father on a small island in Scotland. He is essentially a creative serial killer. Decidedly odd. But strangely likeable. How is it that we like a person who is doing bad things? Is it because we know it isn't real? It's fiction? Do we read a sadness or a cause in the behaviour? Or is it that the characters are written in a way that makes us consider what makes a person likeable in the first place. Life is filled with nice people who do bad things. Unlike Harry Potter, real life is greyer. In fact life is wholly grey—even if it so light it appears white, or so dark that it appears black. We like flawed characters. They remind us that we are okay despite being flawed ourselves. The likeable bad good guy is a common character. Dexter. Walter White, or Jesse Pinkman. A myriad of noir detectives or Supernatural boys who get the job done even if a few rules have to be broken. These bad good guys are often more like the romanticised rebel. Almost sexy. Often Sexy. Frank is just disturbing. And asexual. (Great twist—read the book!). Is that deliberate Mr Banks? The more I watch Breaking Bad, the more I wonder if Walt is even good. Are we too attuned to labelling the protagonist the 'good guy'? Maybe what we have here, after all, is much simpler—a likeable bad guy.

Jon. Because of recent bad turns in his life—divorce, job loss—Jon is the obvious (available) choice to go to Canvey Island to sort out the belongings of his recently deceased Uncle. Atmospherically strange and haunting, the place and people of the island and its adjacent township, not so much lead, but misguide, Jon towards a revelation of a family secret. The sub-plot follows Jon's obsession with a woman from town who we are led to assume is possibly the victim of sex trafficking. But, oddly, he can never really be sure he keeps seeing the same woman, or, perhaps, a series of mistaken identities. To sum it up like that makes the premise engaging, but this book got one of my lowest Goodreads ratings. Ever. And I'm not sure I even rated it low enough. I didn't like the protagonist. He annoyed me. And I have been unable to analyse a literary rationale for an unlikeable good guy. Can you? What, despite an obsessional disorder, would keep you reading about someone who doesn't have your empathy or understanding. I wouldn't mean 'like' or 'enjoy' but I do 'like', in some other sense of the word, to read books that I dislike (make sense?) because they show you what makes a book unlikeable. A book doesn't get published and critically received if no-one likes the protagonist. The only thing that counts here is that I don't like him. It's personal. It's not about writing, it is about reading. This isn't a tool that Rourke has used to make us think about the issues he has raised. In fact, it's a distraction. I will never get what other people get from this book because I'll spend my time obsessed about my annoyances. It's my loss, but what can I do about it? It's The Cable Guy all over—man, I hate that movie, because I hate Jim Carey's character. I bet you love it though eh? It's just me. 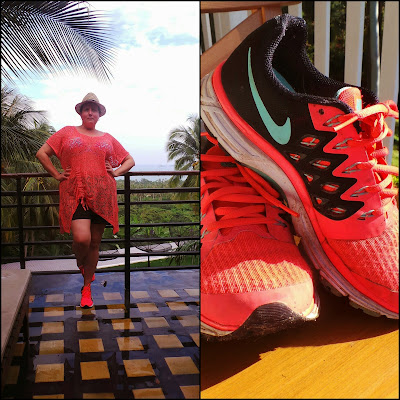 The Really Likeable, Although Not Main, Player—With Gumption and Spark and Character—Who Dies Right in The Beginning When You Are Just Getting to Love Her

The Wire in the Blood by Val McDermid

Shaz. Our wordy descriptor above refers to one of the psychological profiler, Tony Hill's, new students on the National Profiling Squad he is building. She is feisty, smart, witty and engaging. You can't wait to see what happens. How she will be instrumental in solving the crimes, catching the bad guys. And then? Dead. End of Shaz. Two hundred pages into a five-fifty page book. In a literary world glutted with crime fiction this seems like a very cruel and cunning way to get our attention. With the empathies of those of us who indulge in the dark side (crime writing, not Death Eaters) being pulled so many ways, this is a very useful way to make us care more for the victim. Often victims hang between two and three dimensions of characterisation. Shaz doesn't. She's fully blown. You didn't know this would happen. It won't make you pick up the book in the first place, but it will certainly make you keep reading. I have just recently started a Goodreads shelf called 'abandoned-150'. On it are the books, or book rather, which, by the time I got to page 150, I just couldn't force myself to keep reading. It happened once before. In London. I borrowed Solzhenitsyn's Cancer Ward from the library. I pretended later that I couldn't keep borrowing it and that was the only reason I hadn't finished it. It was, at the time, the only one of its kind, but now I am getting too old to waste time on the seriously-unable-to-finish books. The flaw in my narrative theory for this character is that two hundred pages in you aren't going to abandon. Seriously? You won't, will you? So why kill Shaz? Maybe it happens often, and I have only just stumbled over an author who does it? Crime writing is rarely about the one-off book. It's the series. Is Shaz a sacrifice who had to be made to ensure that I, List_addict, keep reading the series until the end instead of wandering off to peruse another author I might like more. Conceivable. I am reading the third now. A little over two hundred pages in. Who will McDermid kill off on me now? Have to keep reading. Now! Mischief managed.

What about you? Do you like your characters black or white? Or is it more interesting to work out what shade of grey they are?

P.s: The shoes. Pair number Six. My sneakers. They are the shoes I wear the most actually. On the commute, on the dog walks, on the occasional exercise jaunt. Ugly, even they are pink. But practical and required.

Photographer de Jour: V—— (Filmed on location in Koh Samui, Thailand a little while ago) 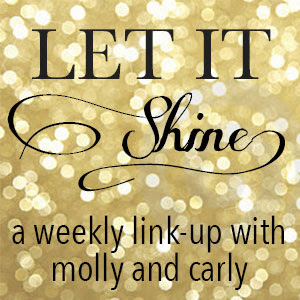 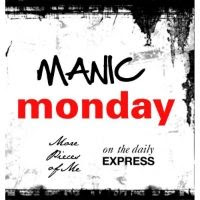 On the Daily Express/More Pieces of Me