Pair-of-shoes-I-own number thirteen, seen here, are one of my all time favourites!

This dress from Modcloth is a favourite too. Totally inappropriately I try and wear it everywhere: dinner, movies, weddings, to the shops. 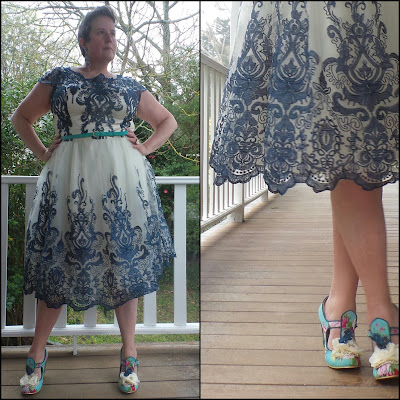 My absence from the world of blogging for the last quarter of last year was half to do with craziness and half with laziness. Here is some of the craziness. I had told you that I was planning a special trip for Mr Earwig's milestone birthday celebrations.

This is what happened. I'll try and make it sweet and short. It came in two stages: The Reveal (whereby his long anxious wait to see what he would be doing was slowly ended) and The Real Thing (whereby what he waited for for so long, went by in a jiffy).

The day before his birthday he received a Facebook message from a friend telling him he was going, in a week's time, to Geneva, but in order to find out what happens when he gets there he had to check the dogs.

On Lolli's collar a message told him he would collect a Swiss Rail Pass at the airport. But for the next clue he needed to text another friend, in French, to ask for the details.

That friend revealed he was staying in a chalet in St Niklaus for three nights. And told him to go to The Cuckoo—a (technically Bavarian) restaurant in the hills near us—take a photo and send it to the next person. 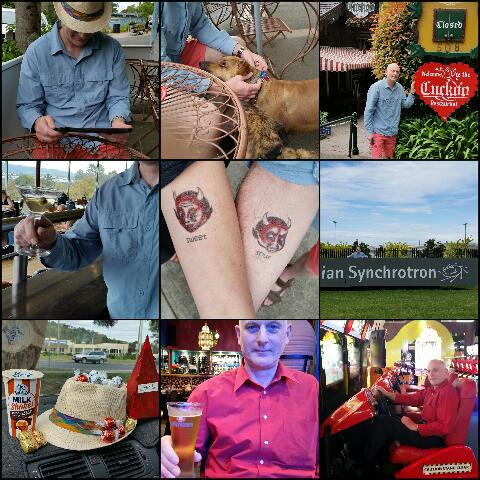 You're getting the picture? He had to run about town all day doing things in order to find out his itinerary. I think there was a part of him that hated me. He isn't a fan of not knowing where he is going. Or of driving in traffic. Eh! I had kept this a mostly-secret for so long I thought I deserved to pass on the torture. And all the fabulous people who helped with messages and cakes and texts and letters had a great time watching the day evolve.

The Cuckoo got him a cable car ride to the Matterhorn and the instructions to have a Martini.

Hard to get at eleven am, in the suburbs. Hard, but not impossible. The martini got him a trip to James Bond Mountain and 007 World (Schilthorn from On Her Majesty's Secret Service, Blofeld, white fluffy cats, you know the one?). Then he had to go to the South African consulate.

Dubious link? Hey, it wasn't easy. Goes like this: South African consulate-diplomatic immunity-diplomats-Geneva. See? While there he had to enact the 'diplomatic immunity' line from Lethal Weapon Twenty Three. And take video footage to a friend in Camberwell.

Cake, coffee and a very bad acting performance later he knew he was staying in Geneva. He now had to do something really cheesy: get a matching tattoo with the love of his life. Me. 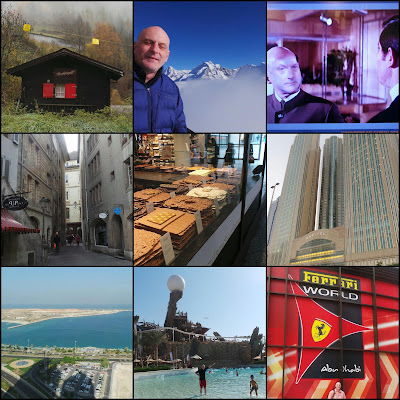 The Real Thing
Top: Our chalet in St Niklaus; On top of Schilthorn; Actually, he does look like Blofeld!
Middle: Our alley in geneva; Soooo much chocolate!; Sofitel Abu Dhabi
Bottom: View from our room; Water World; Ferrari World

No needles. These are iron-ons. Or soak-ons. But cheesy enough to get him a Fondue. And a trip to the Australian Synchrotron—which surprisingly you can't wander around at random so we just loitered out the front until he got instructions to purchase chocolate.

The grand sum of no arguments, a sugar-coma and a nap later he was aware of the chocolate feast awaiting him at afternoon tea in Geneva, and was dressing for dinner at KanZaman, a Lebanese restaurant just out of the CBD. It wasn't exactly the right country, more the right region, but at dinner he got to open a letter he had been sent a couple of days before (all part of the intrigue and multiple communication options). It told him we were heading to the Middle East—Abu Dhabi to be exact.

He was told to drive a Ferrari. At a pin-ball parlour. That is the closest I could get on a budget. Photo evidence of that sent him to the fountains at the Crown Casino.

Exhausted, or just fed up, he received one last text which told him to go, at Midnight—now officially his birthday—to 85 Collins St, Melbourne to see what the whole point of the holiday would be. He knows that address. A week and bit later, during 'The Real Thing' the address would be Bahnhofstrasse 11, Zermatt. I don't want to say outright what he got for his birthday but if you take into account his love for all things chronometrical and look up those two address' you might work it out.

It was a long way to go in a very short and mad time, but each day he zones out from listening to me while looking at it, each near miss he takes me on while he watches it catch light through the windscreen when he should really be watching the road, I think maybe he believes his new favourite thing was worth all the craziness. 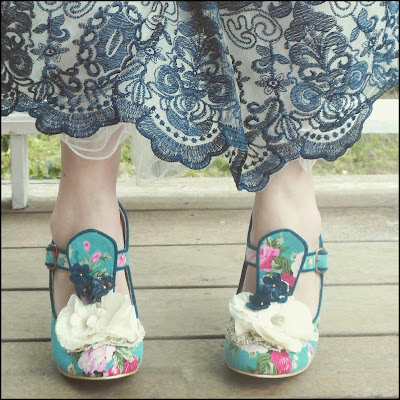 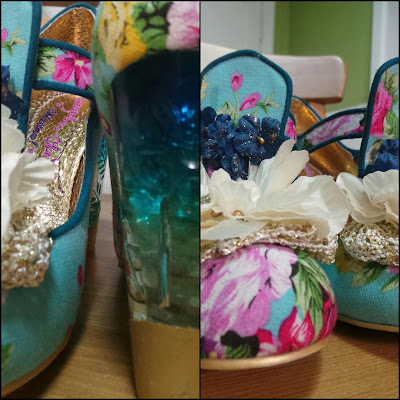 The Outfit
Dress: Chi Chi via Modcloth
Belt: Came with a pair of jeans from Primark
Earrings and Ring: a junk jewellery store somewhere
Shoes: Can't Touch This by Irregular Choice

Linking the love this fine day with:


The Authentically Beautiful Patti at Not Dead Yet Style

The Charmingly Chic Catherine at Not Dressed as Lamb

A Magnificent Coat at Rachel the Hat

Elfin Boots to Die for at A Pocketful of Polka Dots