Wear 379: Between Ten and Twelve-ish

I’ve been looking at subscribing to an app for six months that will tell me to eat sensible foods, in sensible proportions; have healthy snacks on hand for those times when you need to snack; exercise a little more; keep what’s going in lower than what’s coming out; drink water; don’t give up. Why do I need to pay for that when I already know it? Since July I have been counting my calories. It’s doing my head in! 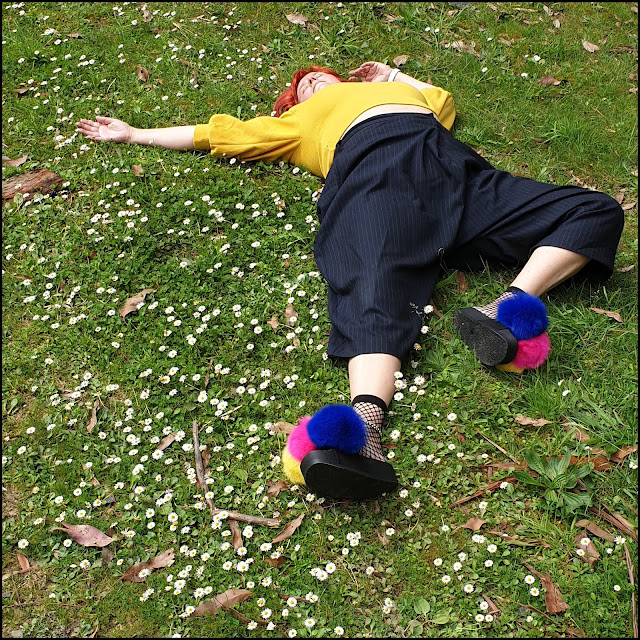 Twelve-ish
I’m preaching to the converted most likely. We all obsess about this. We are taught/encouraged/brainwashed to be obsessed about it. It’s big business. I’ve lost anywhere between ten and twelve-ish kilos since July (depending on what day it is—a complete and randomly fluctuating non-pattern of unexplained variation: aka 'scales'). I lost that weight during an eight week what-we’ll-call ‘diet’, during which I fairly much stuck to an eight hundred calorie a day food plan and tried to increase my walking every day. I motivated myself by posting weekly on Instagram—hoping it would make me accountable—and trying on all my jeans to see them become more comfortable—fun and satisfying. I was pleased with the results. Since then I have reverted a little. I have some naughty days and I’m back to being a terrible shopper—I loathe grocery shopping and sometimes I think this is my biggest problem because I never have the options on hand for healthy choices so I either eat badly or verbally eviscerate everyone in a thirty meter radius (usually poor Mr Earwig) and go back to bed. 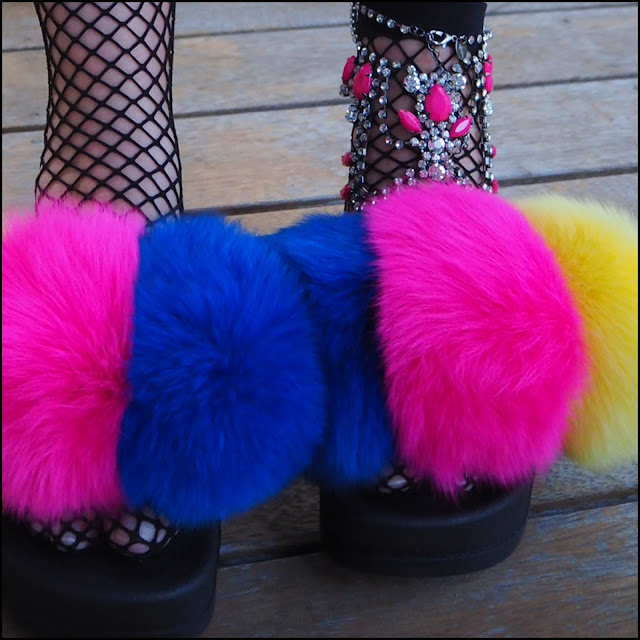 #shoesdontcarewhatsizeyouare
In the last two months I have had twelve hundred calorie stints and sixteen hundred calorie stints— both of which should technically be contributing to weight loss even if it is at a slower rate—but nothing is happening except for the oscillating and depressing scale game. And so I get lured again by the temptation to pay for the knowledge I think I already have. Is the reason to pay not at all about the fact that you already know something and all about the fact that putting your hard-earned on the line makes you do something with what you know? Is that worth it? 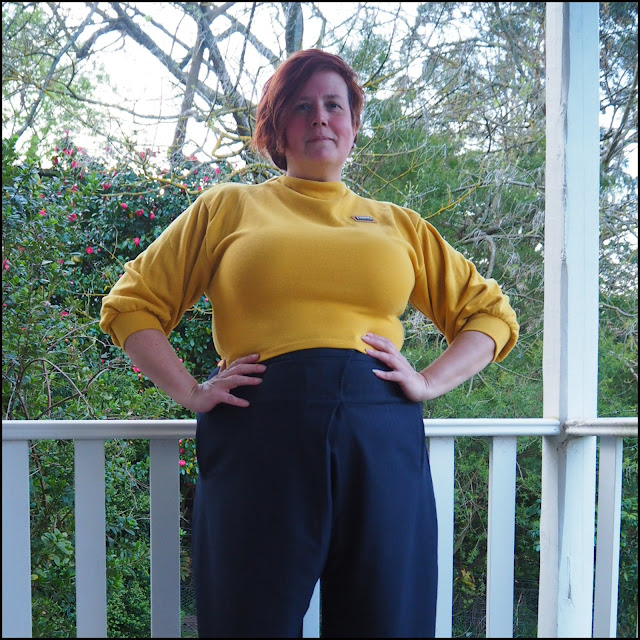 Zero
Let’s do it Rory Gilmore style, and make a pros and cons list. 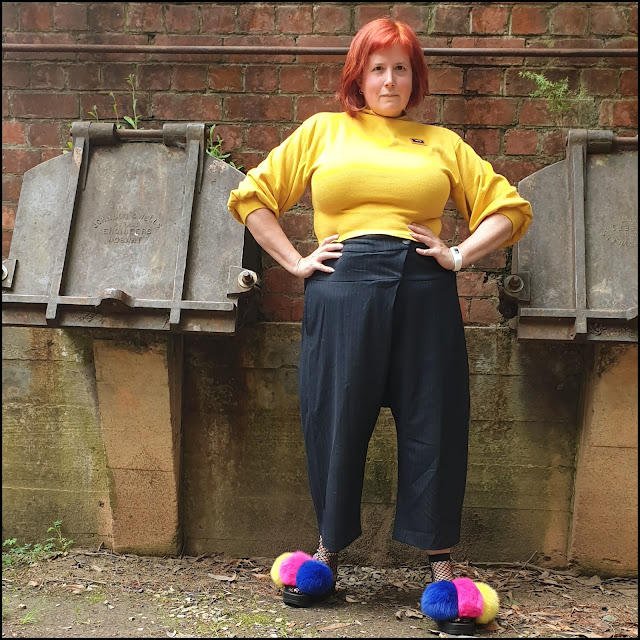 Twelve-ish
Four for, four against. Maybe the biggest decider should be something a little left of centre. Or right. It’s hard to tell the direction. Maybe the decider should be that I am actually a little afraid to lose weight. I’m worried what I would do when I go shopping with a thirty-two inch waist. God forbid a twenty-eight! I think all semblance of the small amount of clothing sanity I possess would disappear and I would dress like an excited twelve year old in Harajuku. The question gets down to: Is that a bad thing? 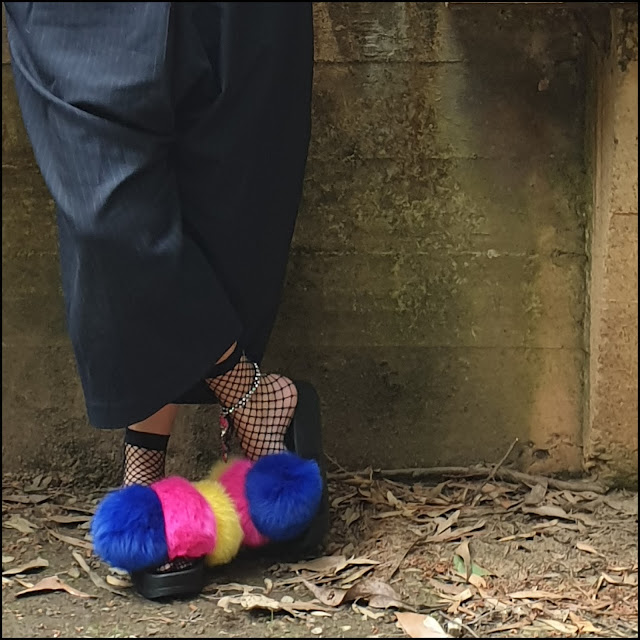 #shoesdontcarewhatsizeyouare
Today’s photos were actually taken on two separate occasions, between twelve-ish kilos apart. Weirdly, to me, even though it sounds like it should be a significant amount, the only real difference I see is in my face. (And my fingers: I had to get my ring resized.) I hate being obsessed by my size: I am obsessed by my size. 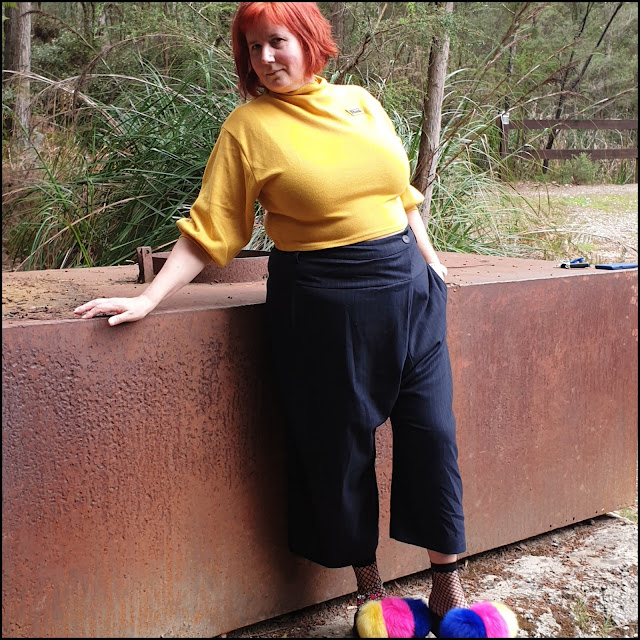 Twelve-ish
Ps: The Result: I signed up.

Photographs shot by Mr Earwig
And shared where people can be whoever they are:
Patti at Not Dead Yet Style’s Visible Monday
Catherine at Not Dressed as Lamb’s #iwillwearwhatilike
Cherie at Style Nudge’s Shoe And Tell
Labels: ASOS Choies diet drop-crotch Jeffrey Campbell pom-pom