Day 332: Everything's Bigger in the USA

There was a resigned feeling in the car, driving back into Vegas, refueling, preparing to leave our vehicle of the last two weeks—a new friend. Feeling decidedly unwell the evening before I had still managed to roll, squash and manipulate all of my op-shopped/thrifted items into my and V——'s suitcases. I will 'wear' my 'fur' coat home, and it's lucky that my other 'fur' coat was left behind and was being shipped home in its own box. Nothing, not even something 'wafer-thin', can be added before the cases implode and, due to their massive compact wight, turn into the first researchable incidents of black holes on the earth's surface. We handed over the keys to the Nissan, wheeled the black holes into the terminal, and joined the world's longest car-hire queues to pick up our one-way, one day, car to take us back to California. Don't people have better things to do on Thanksgiving than queue up? 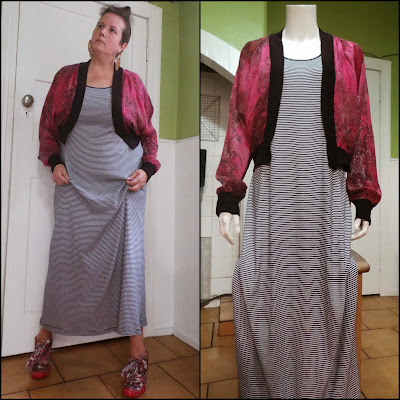 List_Addict               Irene
Do you think an accent makes you sound friendlier? Maybe we just tried harder to be friendlier to the obviously over-worked and under-turkey-and-pumpkin-pie-d staff, because our man was lovely. When we asked if we could get a GPS, thinking we would get a Samsung Siri look-alike again. He said: I'll upgrade you to a little SUV, a Chevy Traverse, and that will have a GPS in it. Thanks so much. We were supposed to get a Ford Ka or something equally tiny; we were completely unaware of what a Chevy Traverse looked like. If that's a 'little SUV', what constitutes a large one? The thing was gigantic! 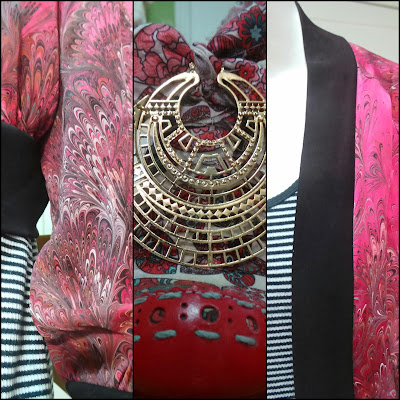 Our drive back to LA went via Death Valley. Even though I personally think it is Melbourne, Death Valley is actually the hottest place on Earth. 'Currently', says Wikipedia. Meaning Melbourne is shortly to take over as El Nino moves back into the area. That is, in my own meteorological opinion. Although, the hottest place would actually have to be Adelaide. The only way someone could get me to live in Adelaide would be incarceration. I'm glad we went to Death Valley in November. Although it did mean that we arrived only a little bit before the ridiculous sun-setting time of four-thirty. After all that driving—5703.4 kilometers in fact—the sublime becomes almost unseeable. Instead of being able to absord amazing vistas, the minutiae becomes the only thing perceptible—oh look, we're a hundred meters below sea level rather than oh look, we're in a vast hot salt plane surrounded by mountains of magnificence; oh look, someone has managed to drive their car over that cliff instead of oh look at that cliff! It was the long way around, but it was worth it. We got to LA about eight, eight-thirty. While car hire companies maybe over-run with people Thanksgiving morning, on Thanksgiving night nothing happens—including restaurants opening. In V——'s list of dinners for this night, his reads 'ice-cream' and mine reads 'coffee'. It is, a short time tommorrow notwithstanding, the end of the holiday. I have to remember that holidays would not be special if they did not end, but sadness lingers anyway. 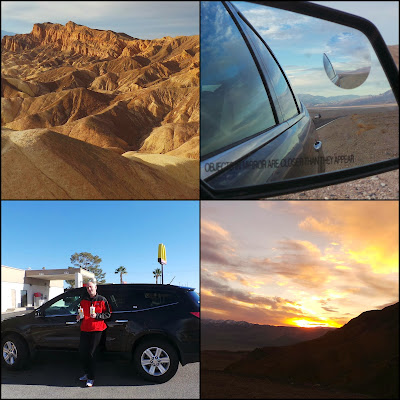 Clockwise from top left: At least I got a photo of some of the magnificence of Death Valley; Objects in the Mirror are Closer than they Appear; A little suv; The sun sets on our holiday
The Outfit
Dress: Retail, too old to remember which though
Jacket: Consigned(?), is that the right word for something bought at a consignment store? Santa Fe, New Mexico
Earrings: Junk Jewellery store somewhere
Shoes: Irregular Choice 'Abigail's Party' 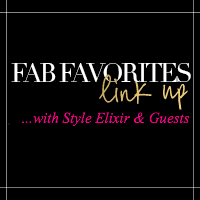