When I get back home after four twelve hour night-shifts, I have to be strongly encouraged to leave my house in the four days I then have off. I don't want to see Humanity. I want only to look at words and puppies. So it was a little odd when I found myself in a group of ten strangers (including the strange Mr Earwig), standing outside a church on the town main street, on a Saturday afternoon, battling for a Legendary Pokemon.

I lost half of you with that last sentence, didn't I? Yes, I play Pokemon (it's great to get you walking—actively playing the game alone, I have walked 772 kilometres!). Yes, I'm still playing Pokemon, And yes, other people are still playing it too. It's still a thing. 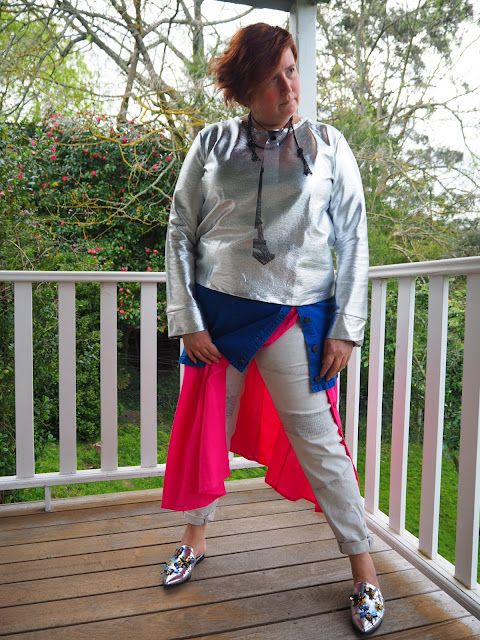 I'm not sure if I'm telling you what you already know, but, for the un-initiated, there are three Pokemon teams: Valor (or as I like to call them Valour), Mystic and Instinct. Valor and Mystic seem to have more players—or more aggressive players. Instinct (my team) seem quieter? fewer? less combative? more silly? Mr Earwig is Mystic and it's not unknown for him to jump out of bed at 3am and run out in his pyjamas to go and retake a gym (fighting ground for Pokemon; you kick other teams out and try and hold the gym for your team to get coins and points) from Valor players. He has nemeses. He plots. Schemes. And they do the same. Yes, we are mostly adults. 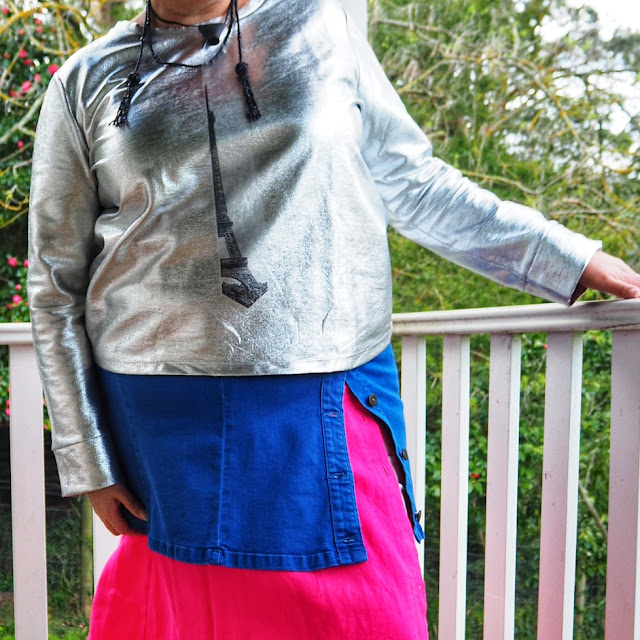 The nemeses meant we were out the other day. Okay, night. Driving around, taking over Valor gyms. We parked in a quiet street. One where, I have to say, we have already been questioned by the local police van as to our lurking: 'Just playing Pokemon Officer!' Another car pulled in and stopped. We panicked. At this stage we hadn't met other players in the area. Mr Earwig thought it may be his arch-enemies and wasn't sure how they would behave. A gentleman ran down the street calling to us as we started to drive away. It turned out to be a fellow Mystic player and he was starstruck to meet Mr Earwig. Mr Earwig's avatar is known to the local Mystics as the 'Warden of Upwey' because he repeatedly takes down Valor gyms. He's their hero. 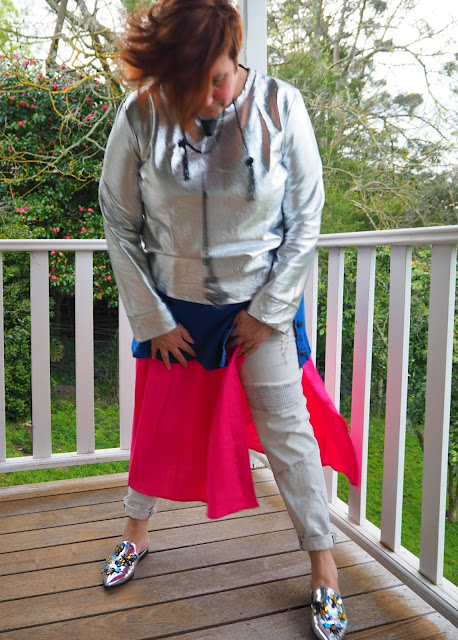 This ego stroking, of course, started a mature and rational fight back at Earwig House, when, after I had given this fella my Facebook details, he posted to all the other members of the local Pokemon page that they had found the man behind Mr Earwig's avatar; that he was such an enigma he didn't even have a FB page and that all possible meet-ups with the Man, the Legend, would come via his secretary! Mr Earwig heard only 'enigma', 'legend', 'hero'. I heard only 'assistant'! Um? Disrespect much? Luckily they insulted Mr Earwig post or two later by calling him 'old', and we were, henceforth, at least united in our indignation. Yes, we are mostly children. 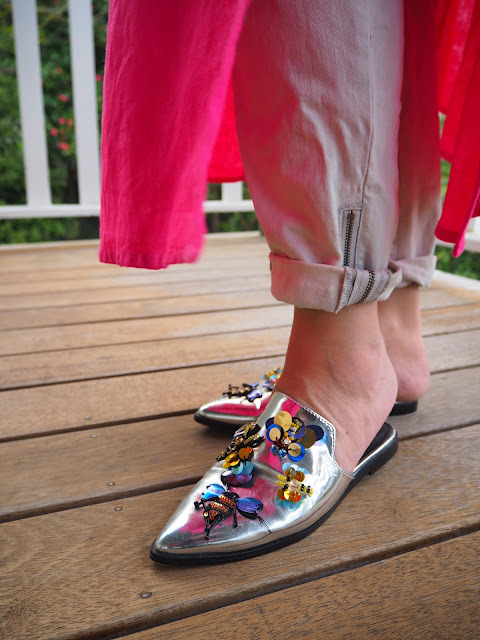 All this clearly demonstrates I am geek enough to own, loud and proud, this silver sweatshirt. It certainly gets a full range of comments when I wear it to my testing ground (work). It's an ASOS. I'm using a multi skirt ploy to cover up the front of my jeans—it's a thing with me: see here, here, here and here for other ways I do this. The pink skirt is an op-shop (thrift store) find; the blue is from Target—as are my biker jeans, which I love. The shoes are ASOS too—and a new favourite! The necklace and plastic tie with Eiffel Tower are old and of mysterious origin. Let me know if you're out and about catching Legendary Pokemon one of these days, and I'll wear this ensemble to meet you. It'll get me out of the house! 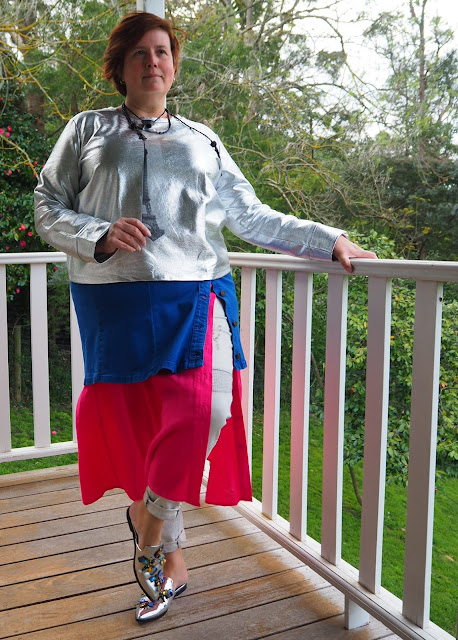 Photographs shot by Mr Earwig
And shared where people can be whoever they are:
Patti at Not Dead Yet Style
Catherine at Not Dressed as Lamb
Labels: ASOS Earwig House jeans Mr Earwig my jean thing op-shop Pokemon Target thrifted