I know you all know I am a nerd, but I have a nerd-denial/nerd-pride thing going on and am often too close to see my true nerd level on a scale of one to ten (seven million book- and word-related posts notwithstanding). Today's travel photo highlights several levels for me in right-there technicolour undeniability. Let's explore.

Badminton. It is not just that we take the badminton racquets away with us on holidays. It's that there have to be photos. Is that nerdy—or is it merely a continuation of the need to Instagram everything, even if things are done only for the sake of Instagramming them? Badminton is ace! All that is required is two racquets, a shuttlecock and an absence of wind. You can play anywhere. And it begins with the letter 'b'. I said to B—— yesterday that I don't do themes (like 'Clearing the Closet' or 'What I Thrifted in the States' or the upcoming 'Tequila Mockingbird Inspired' or 'S/S 2014' challenges, a.k.a 'themes'), but I think what I meant was 'I don't do a theme for just one day; it has to last a century and be bigger than Beiber'. So, speaking of badminton and themes, the theme of LeJog 2014 has been announced: Bifurcating Britain: Boyfriend? Check. Badminton? Check. Beaver? Check. So: badminton, long lasting and complicated themes, walking across Britain. Nerd level: 7/10? 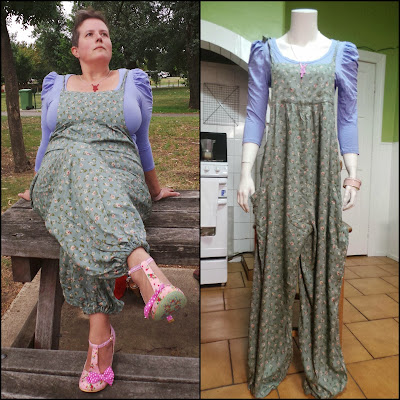 List_Addict               Irene
Sun dog. That's on in the right of the top right photo. According to my Cloud Collector's Handbook (shown here on the Cloud Appreciation Society's website: I am a member, yes), a sun dog is a halo effect formed when sunlight is refracted through ice crystals in clouds, but only when the sun is about forty degrees from the horizon. They can be on either one or both sides of the sun. Fairly common—second most common halo effect actually. You have probably seen one. This was my second. And it shone out in the middle of an argument V—— and I were having about nerd-thing number three below. I stopped yelling, took a photo, and started yelling again. Nerd level: at least 9/10 with the semi-scientific explanation included. 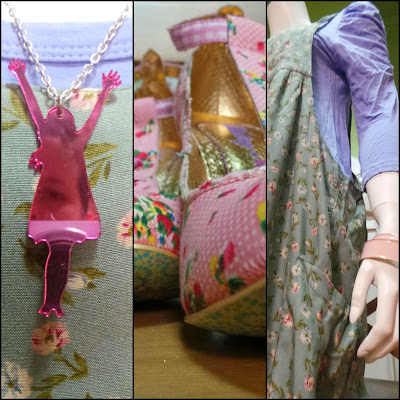 Stress. The bottom photos represent in boy terms the excitment I had in going thrifting in the States. All V—— wanted to do was stop in at a great big fireworks shop and get rockets and bang-y things and sparkly things, and let them off in the desert. So we stopped. And the fight I was talking about above was us looking for a place to let them off. Suddenly, when you look for large tracts of nothingness, despite seeming to have been driving through them for ever, there are suddenly people and houses and cars everywhere. I felt physically ill with it all. And what I have come to realise is that it is because I have a substantial fear of doing the wrong thing. And to me this felt wrong. The noise, the risk of fire, the fact that in Australia you aren't allowed to do it (it was irrelevant that we were in a place where you were—I never felt like we found a place that was at least a 'mile from habitations'). Maybe it was the illness that was about to hit me not two or three hours later like a brick wall falling on me; maybe it was just my extreme nerdiness, but I just couldn't be happy for V—— despite all the time he had spent waiting for me at op-shops and thrift stores. I couldn't wait to leave. I'm not happy about this trait in myself. It seems to rule out some things I would like to be: a risk-taker, an adventurer, an individual. I am not even sure where it comes from. Inner nerd level 10/10. 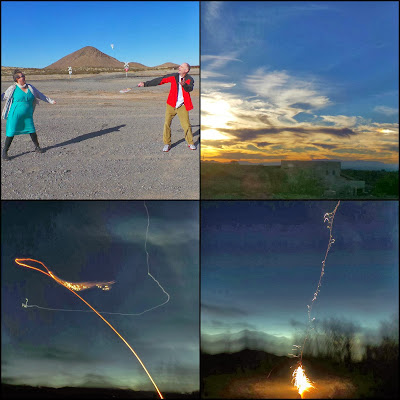