It has been a while since I joined in with Wonderous Word Wednesday at BermudaOnion's Weblog and found out what those words I skip over with a general idea of what they may intone actually do mean. Here are a few of the stunning beauties I have found in recent reads:

Etiolate: pale and drawn out, feeble, having lost vigor or substance
Pellucid: translucently clear
Both from The Evolution of Bruno Littlemore by Benjamin Hale


Lydia's face was etiolated and Scandanavian-looking enough that she wouldn't have looked out of place in the black-and-white Ingmar Bergman movie, though her eyes were not the pellucid blue ones that you would expect to see in the head of the woman I've this far described. 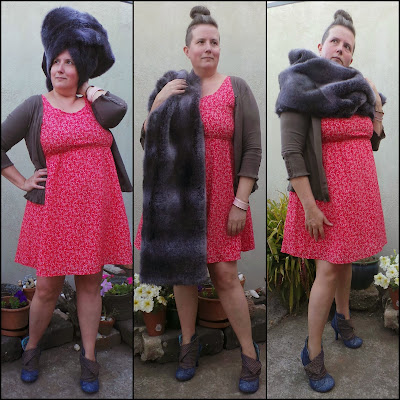 
'Dick' Counterfly had absquatulated swiftly into the night, leaving his son with only a pocketful of specie and the tender admonition, "Got to 'scram kid—write if you get work".

Catafalque: a hearse, or a raised structure on which a deceased person lies or is carried in state
EL Doctorow's The Waterworks


They marched his cataflaque up Broadway to the railway depot and for weeks afterwards remnants and tatters of the funeral muslin flapped from windows along the parade route.

I use Dictionary.com to look up my words. I have just read one of their blog posts about the most misspelt word of 2013. It turns out, dearest carers-about-all-things-grammar, that whenever you go to a site like Dictionary.com to get the right spelling of a word, and you, god forbid, spell it incorrectly, a little snide computer program sniggers and puts a virtual tick against the common misspellings of that particular word. What banality of information is too banal to analyse I ask you? This is a world gone mad—we all spell like we only write on Facebook, but we hyper-monitor every little mistake. I find it disturbing. 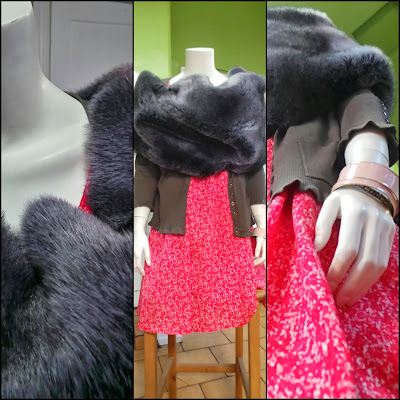 The Outfit
Clearing the Closet: It’s time to go brown cardigan number two. You are brown, and you have twee elements I don't find alluring any longer.
Dress: Op-shopped
Cardigan: Op-shopped
Shawl: Piece of fake fur I have lying around for a craft project
Shoes: Irregular Choice 'Spat Attack' 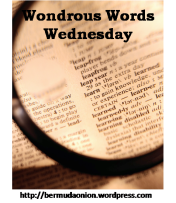