Are you all bored with me rattling on about books? It started me thinking about 'book reviews'. As any avid and insatiable reader does, I fantasise, while waiting for the Kindle to turn my page, about reading for a living. Imagine if someone paid you to do that? Sit on your couch with a rug and a cuppa and read books. And then, of course write about them. It's big business these days, what with social media sites and electonic formats. But what makes a good book review? I've been trying to work it out. I believe it's a golden ground between the two extremes of 'the main character sounded dreamy, but I wish they had more zombies' and a paraphrase of the blurb. I also get caught between complete evasiveness in order to not 'spoil' anything, and a 'Queer Freudian' or 'Structural Marxist' literary analysis that not even I understand. So lets take the third finished book this week, Tatjana Soli's The Lotus Eaters for a ride on each of those review routes and you tell me what makes a 'good' review.

Option One: I have just finished reading The Lotus Eaters and I am giving it four stars. Soli writes beautifully and there is a golden haze that hangs over the majority of the book like the light at sunset on a day where pollution makes it beautiful; this despite content that is often strained and sad. How can it be otherwise when it tells the effect, on most, of the devastation wrought two countries, Vietnam and Cambodia, by the ideology of the few. Although the characters were amazingly well drawn and full, there was a stand-off-ishness to them that was at once interesting (despise using that word in reviews) and off putting. Maybe it highlights that war is an (often forced) collective decision, a step taken by 'nations', but that man is essentially a loner and that those two things, man and war, are a bit like oil and water. It was interesting and well written and I liked it quite a lot. There could have been more zombies though.

Option Two: [Spoiler Alert: for those who don't like to read the blurb] Tatjana Soli's The Lotus Eaters tells the story of Helen Adams, a female photographer (a rarity, gender wise), in search of answers and solace after the death of her brother in the Vietnam War. She, in turn, journeys to Vietnam during the American War and falls in love with a country and with two men: award-winning and life-jaded Sam Darrow, and, grieving and conflicted Vietnamese national, Linh. The time line looks backward, for the most part, from the days of the foreign evacuations and the tanks rolling through the gates of the, then Independence, now Reunification, Palace. It's a sort of bildungsroman, because although Helen arrives a grown woman, her essence, in this novel must grow and mature and learn. Actual blurbs and spiels say Helen is torn between her love for Sam and Linh, but I didn't see this as a competition. Linh is not able, or willing to lay his love out as real until Sam is out of the equation. There is a real sense of passing time in the novel and the linearity of her loves follow this. The novel was a New York Times Bestseller and a winner of the James Tait Black Prize. 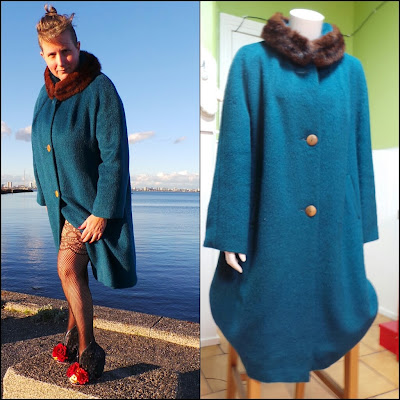 List_Addict               Irene
Option Three: This book I read, I won't tell you what it is called in case you would like to read it and don't want to have any preconceptions of it, was all about a woman protagonist. The author felt a woman's voice in both a male dominated literature of the twentieth century, and a male dominated conflict during that same century, was missing and this novel is an attempt to fill that gap. Set in a war, where the woman is a participant on the fringes, the novel inevitably deals with those big things that war emphasises: humanity, ideology, love, family, betrayal, pain, loss, and mortality. It's beautifully written. But it lacks zombies.

Option Four: There are two symbols at play in Tatjana Soli's novel The Lotus Eaters. The first, the central or titled one, is inspired by Homer's The Odyssey in which characters far from home eat the lotus fruit and lose all desire to return (reference). All the main characters, even Linh, a Vietnamese national who physically hasn't travelled far, but ideologically, in his transcendence of the North/South division of Vietnam, has, are kept in Saigon by their own manifestations of the lotus fruit. The second is the camera. It's symbolism has two main levels: as a disengagement with the reality of the almost unbearable situation of war that these non-combatants put themselves into, and, as, for Helen, the phallus that allows her to penetrate(sic) the male dominated war(crash course in phallic symbolism). It is certainly difficult in the space here to explore fully the failing of this penile substitute to obliterate gender, or even allow her to fully intergrate in the dominant dichotomy. Suffice it to say that take away the camera for a moment and Helen falls straight into the role of the feminine stereotype, the nagger, the jealous, the helpless, the one in need of rescuing. And while another valiant effort is made to embrace becoming the 'other' in the form of the oriental Linh, ultimately Helen cannot stay othered either, and must be rescued by the heterogenecised Linh to be returned to where they came from before the lotus was eaten. It is a beautifully written book, but from the point of view, as it claims, of empowering women in a men's world, it falls down.

P.s #1: I am not really that fussed about zombies.

P.s #2: Please don't take me too seriously, the best part of my whole literature degree was that it seemed so much fun to make these mad associations between literature and theory. I loved to make rash statements and find little idiosyncrasies in texts. My favourite essay of the whole degree was when I wrote about what Leonard Bloom put in his pockets for my analysis of that most weighty of tomes, James Joyce's Ulysses. 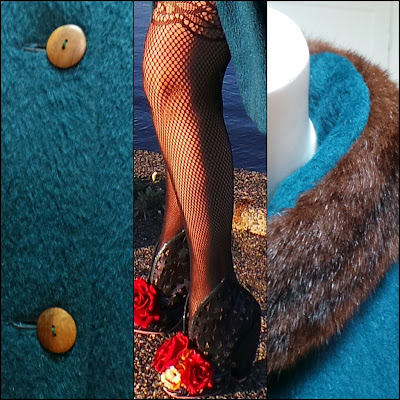