I'm in the study writing because, frankly, there is boy-stuff happening in the backyard. The boy-stuff involves a saw, some secateurs and a self-built brick fireplace. But when he came out with a cup full of accelerant I knew it was time to come inside. What is it about boys, fire and impatience? (Don't worry B——, the trunk is still there in the ground for whatever project you had in mind). We got through the day without setting fire to the polystyrene on the monster-house next door (damn) or calling the fire brigade, and now we can get through the gate, and, amazingly, the sky has re-opened up in the backyard and it is oddly liberating.

One of the trends this A/W 2013 is all-in-grey. I realised that although I have a couple of grey tops, and these most magnificent and favourite grey shoes, I don't have any grey bottoms and so I did what any bottom-less person would do—wore my top as a bottom. Simples. Grey practitioners for the season include Marni, the incredible prints at Mary Katrantzou, and some odd little touches at Alexander Wang. I'll have to go in search of grey bottoms because, although mine is an interestingly and softly sculptural look, walking with your legs in the neck of a top is slightly restricting and you can see through the arm-holes if you look at the right, or wrong, angle. This search is a necessity because I have, to celebrate my outrageous electricity bill, bought three new pairs of shoes—two of which are grey. What do you mean you don't see the logic of shopping when you recieve a huge bill? 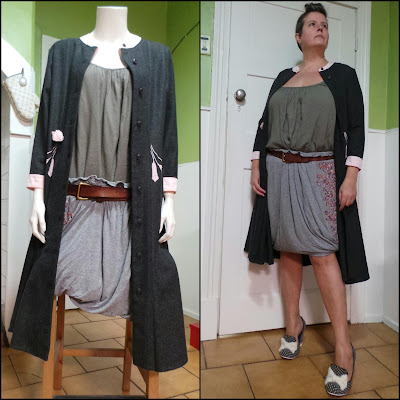 Irene               List_Addict
What does it take in a book for it to be worthy of you spending your time going back, rather than moving on to the new. There are an awful lot of books, and a very little time, but I quite often revisit. Books I read for essays during university often had two or three re-readings and are the richer for it. Sometimes I go back to something because I don't feel I paid close enough attention the first time, or because I feel that life-experience garnered since a last read will pay dividends on a re-read. I have done the Harry Potters four times. And I have just restarted Stieg Larsson's Millenium series for probably the same reasons I go back to Harry Potter again and again. A series, re-read reveals its craft. Going back to the beginning with the knowledge of the end allows you to explore the seeds planted along the way. Re-reading actually tells you more about writing. I have just finished The Girl with the Dragon Tattoo again. In some ways, what with the Swedish and then the American movies, I feel I have read it more than twice, and so along with learning from it in regards to what planning and set-up is all about, you also learn what is filmic. Books that are obviously set up as prose screenplays (books that have ambitions of being films) generally annoy me. I have read a few, although their names allude me. They come across as biding their time while their author waits for the more lucrative film deal. It is certainly not the case with the Millenium books. They are books first. Do you ever re-read books? Why? 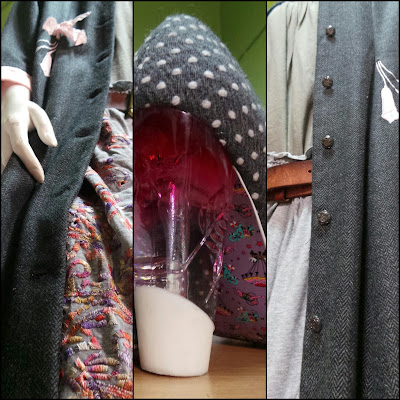