Last year, for those who may not know, I went on a holiday to the States. (Have a look in my archives for days starting the tenth of November for a blow-by-blow—I know you haven't got anything else to do!) I'm quite—how shall we put this?—um, 'anal', I suppose. And so I am still trying to get days from last year written up on this blog instead of letting time flow it's organic course. Oh, well. Acceptance of one's foibles is a good thing, isn't it? Foibles are what give us character—even if that character drives our nearest-and-dearest absolutely batty. 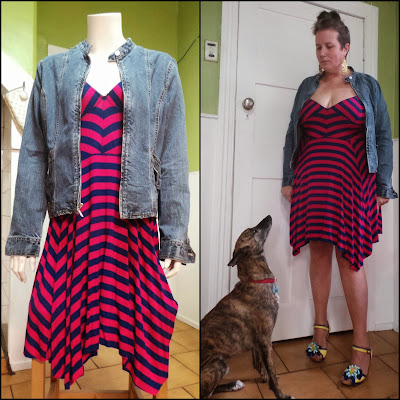 This day was a little bit like being abducted by aliens again. (Did I mention the last time? I looked up, saw two signs in sequence that announced a street to the right and a speed limit. Then I looked down, looked up again quite a few seconds later and saw the exact same combination of signs after what should have already been the turn-off. The only explanation: a microscopically mistimed re-entry after alien abduction.) Only this time, the aliens had no care how large the gap was between taking and returning. It extended from just after visiting the Pima Air Museum to dinner (which I only recalled when V—— just reminded me a few moments ago—you think I am anal, he has what we had for dinner every night in his diary). There is another explanation. Possibly. I was rather unwell. The first story is more exciting. But even though I mostly sat on a chair (in a museum or in a bus) for the most part, I do think it is worth telling you about this amazing place: The Pima Air and Space Museum in Tucson, Arizona. 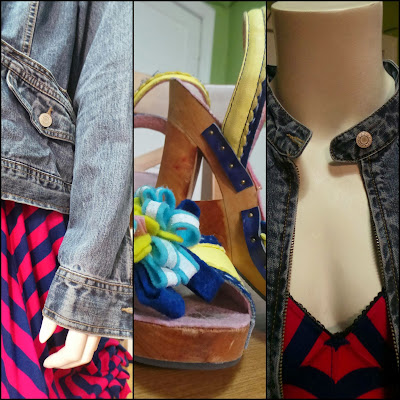 There are some mind-boggling things that you can see on Google Maps. Diagon Alley for example. Or the pirate's face if you zoom in on the Neon Boneyard in Las Vegas. Or just lots of people doing odd things while the Google truck goes past (see a summary here at Mashable—be warned, there are some rude ones so don't look if you are easily offended.) It was Google Maps that brought us to Tucson. For this. The Pima Air and Space Museum, along with having lots of very cool planes on site—like the Blackbird: highest (25 kilometers), fastest (3500 km/hour)—also conducts tours onto the base which houses the Boneyard (AMARG: Aerospace Maintenance and Regeneration Group). On one side of the highway (the left) you can see there in the middle of the picture are the planes being kept in storage for re-use; on the other is the true boneyard where parts are farmed to repair planes still in action. The guide was amazing. So many stories. I won't tell you too much because I think you should check it out if you ever find yourself in the vicinity. Now I am intrigued now by the paranoia of the Cold War. I think I'll read about that a bit. It sounds like it has foibles aplenty. 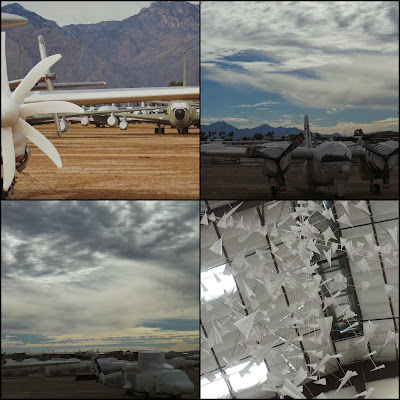