The taxi driver who took us to the airport car hire place had come to Vegas in 1955, when he was seven. Old Vegas, the one run by the Mob, was the time to be in Vegas, he reckoned. He'd introduced himself to Howard Hughes one day out on the street. He'd been happy to meet our taxi driver, but couldn't stay and chat 'because he was a busy man'. He wouldn't even shake his hand. He was reportedly meant to be quite paranoid, but our taxi driver remembered it as one of his best ever days. He obviously hasn't been to the Neon Museum. But I imagine Old Vegas would have been so much fun. Sleazy in a classy way, dangerous in a fun way, charismatic and charming. I am of the wrong time. 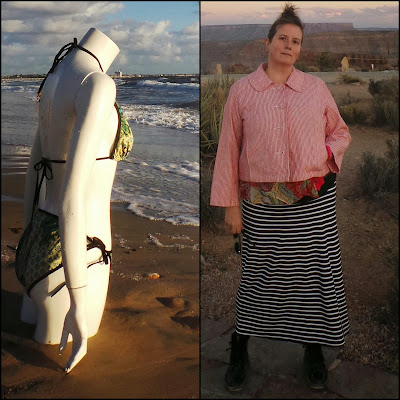 Irene               List_Addict
Car hire and security for your business or home are two of the dodgiest businesses there are. The latter doesn't really apply to me except at work, but if you ever decide to pay a company to do your security, please, please, please scrutinise, with an electron microscope, the inclusions. Saying the police will be notified as soon as the alarm sounds does not mean that it will meet the police criteria to attend (like is it an approved security company, or will keys be attending or was it your staff forgetting the keypad numbers again). The former does apply to me. Is it so bad to quote a real price for car hire rather than an optical illusion and scare tactics on arrival so that add-ons end up more expensive than the initial hire quote. We got the basic insurance, the additional driver, and even the GPS (which was quite a deal because it is also a wifi hotspot for up to five devices, and on most occasions makes up for the previous lack of that service). Oh well. It is not like I have children to leave it to. A man in the bus from Fremont yesterday was expounding his money theory: 'If you want your kids to remember you when you die, spend their inheritance. They'll think of you every day.'

Car hired, the rest of the day was a mad dash to the West Rim and the horseshoe over the Canyon; a mad dash over the horseshoe (we had to run to the last shuttle); a mad dash back out on the dirt road before sunset and a mad dash to find accommodation—this being our first night of winging it. Our GPS was being temperamental (code for: we had no idea what we were doing) and so we hedged a bet and headed to Bullhead City. Then we went to the first motel we saw with a Vacancy sign, panicked by the idea that if we didn't take up this offer, we'd be stuck. Gretchen's Inn. We thought it was cheap until we saw the room. Compared to what we have got for twenty more a night since, it was a rip-off. I wouldn't walk anywhere without at least socks on, if I had been more stinky I still wouldn't have showered, the bedding was frightening and I got a rash on my arm the next day which I am convinced was some sort of venereal disease associated with that room. But it is a memory that will invite reminiscence for years, and it is a yard stick for everything that comes up for offer now. If everything for miles around looks like Gretchen's Inn, there is always the car—even if it is minus four outside. Well ...? 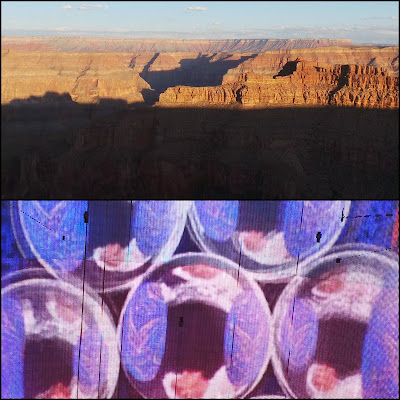