Yes, it is Monday. It is the day when I am supposed to bore regale you with news of my weight loss. But for the second week in a row I am not daring to go near the scales. Why is the psychology of losing weight so complicated? The physiology is basic. It is simply a matter of eating the good stuff, not eating the bad stuff and doing some exercise. The physics may be lacking (going to the shop, buying good ingredients, cooking them), but it is the psychology that is holding me back. Denial makes me want. Motivations like giving my hard-earned money to horrible people aren't driving me. Nor are the joyous boxes of new outfits I could show here instead of trying to rehash what you have already seen. I don't understand why my brain is sabotaging me so much. I am annoyed. Why don't I want it enough? 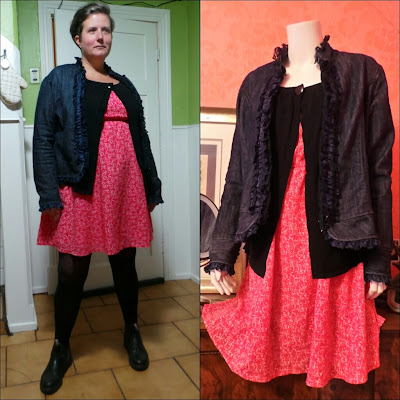 List_Addict               Irene
Instead of getting on the scales I had a day of putting on calories and spending money. Great distractions. The former was in the form of a girls afternoon out. We celebrated not working with a good three plus hours of happy hour cocktails at TGIF's. as well as lots of cheese inspired snacking. The latter was booking flights to LA for later in the year (another motivation, in the form of a thrift shopping extravaganza, which is failing to distract me from chocolate biscuits). We ended up booking with Air New Zealand—an airline I quite like and which I have, in the past, voted 'Best Airline Blanket'. But I think I may have to up them further in my liking with their new revolutionary sky product—the 'Skycouch'. A tad indulgent, but not nearly so much so as Premium Economy or Business Class, the Skycouch is effectively purchasing the third seat in the row, and then raising a panel in the seats to make a flat space on which you can lounge, sit cross legged or snuggle-snooze—as long as you're comfortable in an intimate closeness with your travel buddy. They call it, colloquially, cuddle-class. I'm very excited.

Giving my current titles a tad more significance, here is a catch up on the Tour in case you haven't been watching yourself. The three days on Corsica are all done. Wow. I didn't realise Corsica was so amazingly mountainous and gorgeous. One rider was saying there is a car rally there that is nicknamed the 'Rally of 10,000 bends', if that helps to put its mountainousness in perspective. Another destination to consider. They have a long distance walking path too. One hundred and eighty kilometres, but with no stopping places so you need to take everything with you. One to think about. Gabriel Gate made the dish Napoleon's cook made for him-Poulet Marengo. Pieces of chicken, skin on, pan fried and then roasted; a sauce made from shallots, orange rind, white wine, chopped tomatoes and olives; chicken pieces warmed in the sauce, placed on a plate on top of a measure of the sauce and surrounded with broad beans. Okay, except for the tomatoes and the broad beans, but it looked amazing with the red and green. In the race itself there are seventy-one riders within a second of the time of the yellow jersey who is currently on the back of Jan Bakelants from Team RadioShack. Including our Cadel who is currently placed number nine on the board. The spots are worn by Europcar's Pierre Rolland. And the all Aussie team, new to the Tour, Orica Green-Edge, won their first ever stage. All very exciting. Tonight is the co-ordinated and colour-wonderful dance over twenty-five kilometres otherwise known as the TTT (Team Time Trial). Watch it just for the magic. 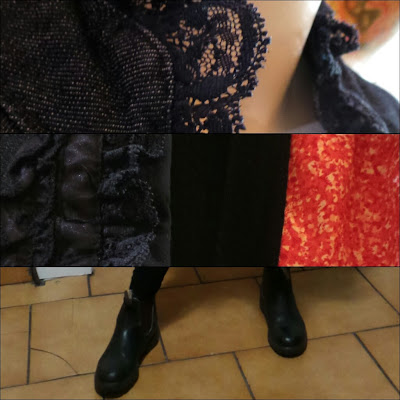