I don't like to 'explain' the photos. My photographers are artists. Artists with vision and insight. Artists with a bossy model. A model who often gets her priorities wrong and plays badmington in the park until the sun goes down instead of getting photos done. And who then must force her photographers to find somewhere, after dark, where there is enough (barely) light to take a photo without trespassing. And so we ended up in a Bunnings carpark with the high beams on, a stream of traffic going past, and a homage to the 1996 movie Crash—a bizarre movie about car crashes, disfigurement and sexuality which make my missing features more poignant (or art-house).

And speaking of crashes, riddle me something will you. There is a furore in the media today about a proposal to put number plates on the front of motorbikes because not enough of them are able to be identified by speed cameras. People are so anti speed cameras and parking fines. What I do not understand-and call me silly, or blame it on not having had a car for many years-is this: if you don't want to get a speeding ticket or a parking ticket or any traffic related infringement, wouldn't the easiest thing be not to speed or not to park where, or for longer, than it is permissable. That has surely got to be a more achievable way of keeping your money out of police or government coffers than actually trying to make those parties take away the cameras and the tickets. I don't get it. Can you explain this to me? 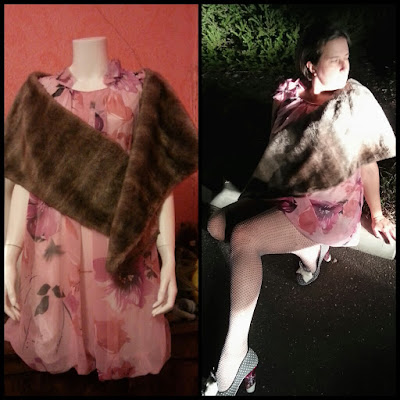 Irene               List_Addict
It's scale day. Blah! Neither up nor down. Boring. Next monday I am starting a twelve week diet challenge with a friend. We'll see how that goes. It will involve shopping so I will need to be strong and focused. Speaking of shopping, the boy took me op-shopping/thrifting today. I went to four stores and ended up with fourteen items for eighty-four dollars. Today's dress is one. One of the stores had a two dollar rack happening. I bought a whole bunch of things that I wouldn't have paid more for but will probably end up loving. And I think I was subconsciously buying things that may actually fit so you should hopefully see them soon. Oddly, I should be able to have an orange-based week from today's purchases. Do you find you sometimes have a spree and get home to discover you have some unknowing pattern in your head that you have exploited. Weird. 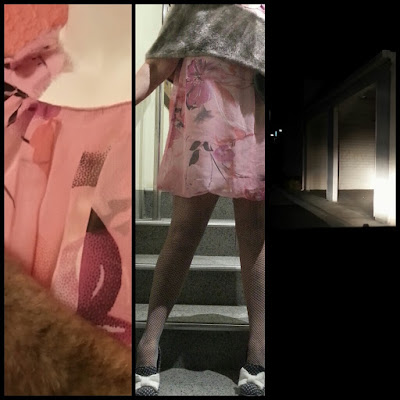