No, no. I was wrong. It is possible to be more tired than the tiredest I thought I was yesterday. [Whiner] You mums know what I am talking about. Being the mother of a blog, I can almost understand the slightly lesser commitment that is Motherhood. [Kidding! Cor Blimey, that is a sure fire way to get myself a fatwa or a mum-wa.] And, just coz it doesn't really require sleep as such, we climbed forty-five flights of stairs and then went out for food and beer. Chubbyness = the philosophy that rewards excercise with food and alcoholic beverages. But it was educational as well. We learned that the Vietnamese word for three is 'ba'. They has a beer called 333. That is, ba, ba, ba. We had ba ba, ba, bas. Not each. That would be 'comatose' rather than 'exhaustion-like-none-ever-experienced-before-but-not-as-bad-as-I-will-surely-feel-sometime-in-the-future. 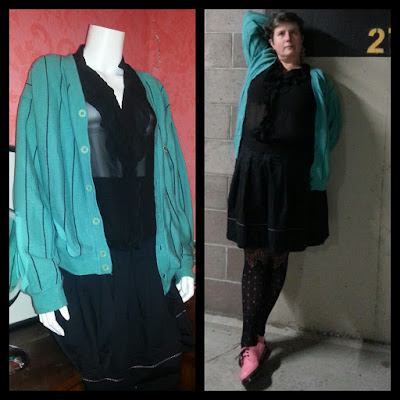 Irene               List_Addict
Is everybody excited about Elementary tomorrow night? I am unhappy that I am super excited. It has an awful lot to live up to after Cumberbatch, and it is all wrong, but I am going to see what it has to offer anyway. The issue I have, beside it being transposed to only the arguably second best city in the world, is that Sherlock Holmes is NOT sexual. He is a-sexual. Having a female Watson cannot help but create a tension that should not be there. Even though there is exactly the same tension in the English version. Just not hetero-. I can't explain this feeling I have, but you know what I mean don't you? Sherlock's mind cannot be complicated, influenced, affected, by something so trivial as sex. I don't know how they will pull it off. I will watch to find out. And I will, most likely, feel very dirty to find I love it! 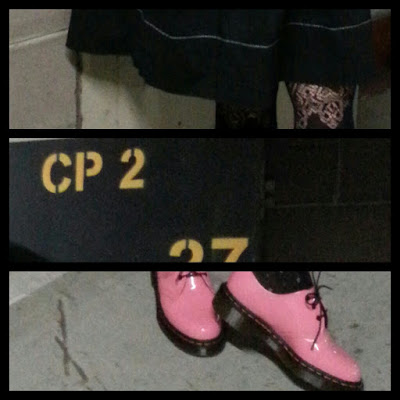 The Outfit
Top: Target
Skirt: Op-shopped
Cardigan: Lacoste, Op-shopped ( I didn't realise that one of the things that I would be glad came back from the eighties would be the jumpers)
Tights: Retail
Shoes: Dr Martens