I discovered the best movie on the flight over, only to have it interrupted by a very long, singing version of 'Malaysia, Truly Asia' and a comprehensive guide to KL Airport. I hope they have it on the next flight. Or at least on the way home. Diana Vreeland: The Eye has to Travel. Wow. What a stunningly amazing woman. I was unaware. What a mind! I would be honoured to believe that I have a scintilla of a fraction of the fashion sensibility that she has. Mainly because she looks at fashion from a different perspective. As art. And a rather radical art at that. I'm in love with her. And she spanned those two amazing periods of change that I was talking about the other day—the beginning of the twentieth century and the sixties. There are some amazing fashion moments that I will be trying to emulate in the coming months—stay tuned. The other movies I managed to watch (even though I should really have been sleeping, but why waste such good movie watching time with something so banal as sleep—remind me I said that later, when I am grumpy), were Silver Linings Playbook (B——, you were right, he didn't seem as much the him-bo as he usually does), The Rise of the Guardians (how good was the Australian Easter Bunny's vocabulary!) and Wreck it Ralph (D——, are you saying I remind you of a glitch? I'm strangely proud.) 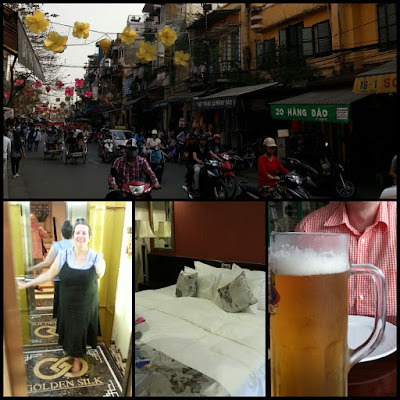 So, as you may or may nor be aware from my fairly constant raving on about it, I am currently in Hanoi at the start of our whirlwind Vietnamese holiday. Irene, however, is not. And so for a couple of weeks, Irene and I are doing our own thing. Despite packing more than I usually do&#8212for the sake of fashion—I really have nothing capital 'F' Fabulous to wear for the next couple of weeks and so I am diverting attention (hopefully) with a few touristy shots. Irene is raiding my wardrobe though (all the things I covet but don't fit into), and getting out some outfits that she likes rather than the usually more dictatorial wardrobe she gets to wear. It is a chance for her to show some of her own personality. (Today she seems to be showing her underpants rather. Don't mean to sound judgemental Issy, just jealous really.) I meant to get all technical and change the poll to something like 'Who's got It?' It being style, pizazz, schutzpah, something like that. But I ran out of time. So really, for the next two weeks the blog will be its own weird thing. Or, a travel diary in the guise of something else confused.

And the actual travel stuff? We arrived safe and well at the Golden Silk Hotel (elevator pictured) after a fairly eye-opening look at traffic. Melbournians really have no cause for the complaints they make. If you transposed them to driving conditions here, we would not be able to answer all the calls that came through for erratic drivers. We even saw a poor lady completely t-boned off her bicycle by a couple of Vespas who just kept going. It had been a good thirty something hours without sleep and so we were a little lack-lustre. We managed to walk a few blocks to the Legends Pub where we sat on the balcony drinking huge vats of beer and watching the chaos that is one of Hanoi's busiest intersections. I think the only rule for pedestrian, cyclist, motorcyclist, car, bus and truck driver is 'don't hesitate'. That and an even pace and a loud horn means everyone somehow gets through. It is fascinating. We crashed for a couple of hours, took the easy, but unsatisfying option of dinner in the hotel, and now can sleep a well deserved sleep before a six am start tomorrow. Eek. Did I call this a 'holiday'? Just kidding! It is the bomb!

And lastly: my friend started her own fabulous blog today. Good luck I——! Check it out here. 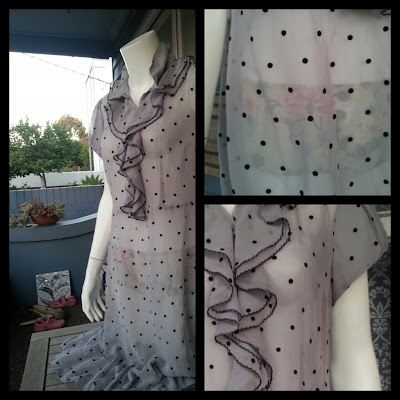 List_Addict's Outfit and Distractions
Dress: Myers
Shirt: Op-shopped
Shoes: Teva (I know! Not as ugly as Tevas normally are)
Photos (clockwise from top): Crazy Old Quarter street; long cold beers at Legends Pub; King size sleep haven at the Golden Silk Hotel; elevator at same (that is a silly shoot when the doors keep closing, but has the benefit of highlighting the photographer too)