Day 71: I Cover the Waterfront

Tuan, our guide, told us there are three things you need to survive five million motorcycles on the streets of Hanoi: good bike, good horn and good luck. On our three hour transfers from Hanoi to Ha Long yesterday and back again today, the easiest fear inhibitor was sleep, although that wasn't always easy with the constant scream of horns. The mind boggles as to what a police officer may actually pull you up for doing in this country—and we actually have seen people pulled over by the yellow clad road police—because all the obvious things seem perfectly acceptable. Running red lights appears to be a perfectly valid way of getting around a corner. Overtaking over double lines on a bend seems expected rather than frowned upon. Speeding is mandatory. The only thing that seems to be not acceptable is to overtake on the right (keeping in mind that it is a country that drives on the wrong side of the road—the right side). If you can't get past on the left then you just practically mount the vehicle in front and flash your high-beams and toot until they move over to allow a car-width plus one centimetre of space for you to get through. After a careful study and analysis we are no further along in deciphering, however, what the other eighty percent of tooting is for. Maybe it is a form of communication like birdsong. 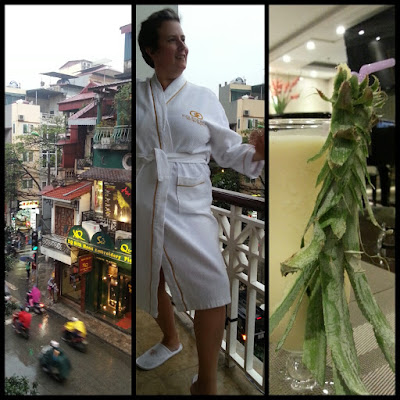 We spent the morning on the ship. The non-stop entertainment didn't stop. We were up for coffee and pastries at six-thirty, Tai Chi on the deck at seven, and caving at seven-thirty (in caves that were on a Disney scale rather than crawling between slabs of rock which is one of the few things I really am not a fan of doing—the other is bungy-jumping, not from a fear of heights as much as a fear of my eyeballs coming out of my head). After that it was a leisurely sail (no really, doing nothing, just eating breakfast and watching town approach across the bay) back to Ha Long City. And the afternoon was spent in Hanoi. We're back at the Golden Silk Hotel—they upgraded us to a suite (there is me doing Tai Chi again on our balcony). A lazy afternoon with the biggest stress being where we would eat. Which I am finding a bit stressful in my pursuit of the ultimately yummy Vietnamese meal—my expectations getting higher with every passing day. Recipe for disappointment. We ended up at the closest place because of accidental napping. It was a French restaurant. I managed to foster low expectations and had them greatly exceeded by poulet avec citronella et chili (chicken with lemongrass and chilli). I cannot rate low expectations highly enough. They are under-rated in fact. Tomorrow to Hue, but only after the first sleep in for the holiday. So excited.

Happy Birthday to the best Dad in the world! 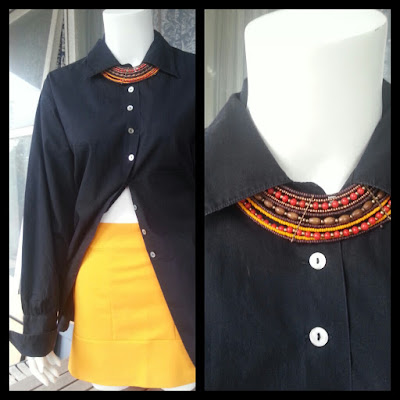