I am making a pledge. And pledges that quite a few people are witness to are harder to talk away later on. Make sure you keep reminding me. At least until the day I snap at you in a sugar-deprived rage. To lose twenty-five kilos (eek). Due date: 14.4.14. Didn't go on easily so I am guessing it will come off even harder. I will set up a fund of twenty-five hundred dollars. If I lose the twenty-five, that goes to a new wardrobe. And what an op-shop extravaganza that will be. If I don't, the twenty-five hundred will go to five different sets of people who really, really, really don't deserve it and who I would be loathe to give it to. I originally thought I would give it to charity, but that doesn't incentivise me because it is a good thing to do anyway, and I would be able to justify, begrudgingly, not loosing the weight. Suggestions would be appreciated as to who you think does not deserve any handouts. Crown Casino? Trump Corporation? Collingwood Football Club? Tell you what. I'll make your choice of word in knit and wire for the five best suggestions (see 'humbug' below). 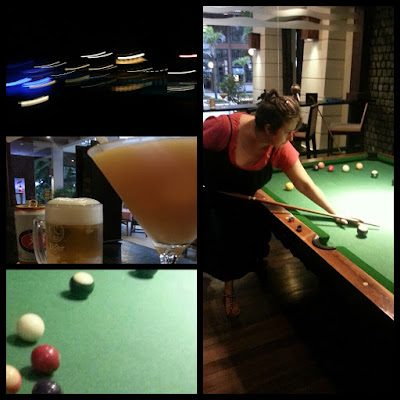 Another lazy day by the pool. Last one. I didn't even manage to do all the things I did the other day. I discovered a fourth murdered baby unfortunately, but I am right on track to finding the culprit, and ended up in a sludgy koi pond in my amateur attempt. I visited my dad in a dementia home in a suburb of Tokyo and finally got him to admit, in as much detail as his mind could give (should I trust it?) that he isn't my real father. I was held up at the airport by a very suspicious Colonel who kept my passport and a snow globe that I had with the Vietnam Memorial wall in it. The latter mysteriously turned up in my room while I was out having a look around Saigon. I can read the code. And I acted as translator for my friend as he asked if he could marry my girlfriend. We also got massages. Which were dead odd because you had to take everything off. I was sure I heard that wrong and felt completely tense for the whole thing which somewhat defeated the purpose. That last one was real. 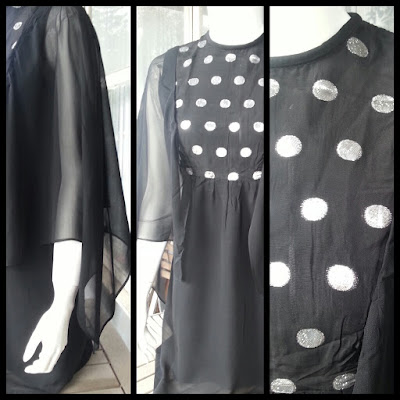 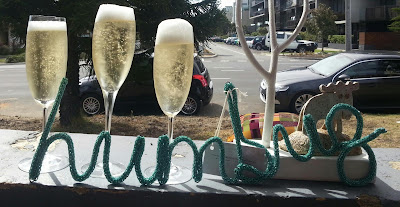 List_Addict's Outfit and Distractions
T-shirt: Op-shopped
Dress: Myers
Shoes: Bali
Photos (clockwise from top left): desperate attempt to get a photo while at dinner, artistic(?) blurring of the lights over the pool and the pool bar, Golden Sand Resort and Spa, Hoi An; Me playing pool: current total score is me 12, V—— 11, that is fairly even, but nooooooo, someone is still not happy; the pool table (okay, yeah, I was too busy to take any photos today); mango daiquiri and ba ba ba—the former not the best entry back into the world of alcohol