Day 14: How To Plan Everything You Do Ever!

I may have told you, sometime in the two weeks since we have known each other, that I am a bit of a fan of Pinterest. Or maybe that was in my other blog. And maybe fan is not so accurate as, say, addict. But there is one thing about it that does worry me some. It offers a rather forulaic way to do everything that is a tad important in your life, and then it tries to make sure you are going to want to do that important thing in the first place so you make sure to do it exactly one of the three trillion ways Pinterest wants you to. I have a nervous suspicion that Pinterest has been put here on Earth to make us into brainless conformers. That is the little issue I have with Pinterest. 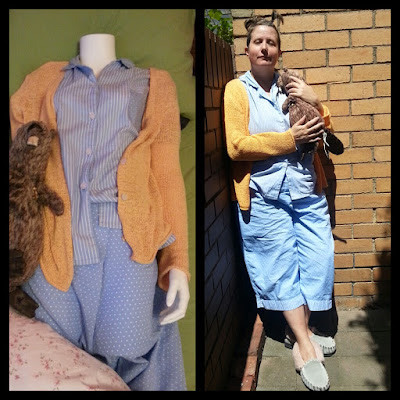 Irene               List_Addict
Don't think I am saying Pinterest has content that sets the Feminist movement back, tons. But I am only not saying it because I would feel bad if I kept looking at it. And because you would think I was a Germaine-Greer-ranting-about-everything ranter. But! This is the conversation Pinterest has with you in pictures. It says you have to lose weight. Probably not by eating cupcakes of course. Tie your long hair in a braid: braids are so 2013. Co-ordinate an outfit. Meet a man. Plan, have and particularly photograph every single uber-planned minute of an engagement, a wedding, a baby and a life. It's like when they took all the colours out of hotel rooms. Yes, the neutrals looked classy at first, but everything looked exactly the same after a while. Pinterest is making us all want to live like hotel rooms!

But it does have some great pictures of cakes, and clothes and crafts and places to go and knitting and ...

Sometimes you wake up and find you are already dressed and you can skip that part. That's what happened today. And, co-incidently, I don't have to get ready for bed tonight either. Very convenient. 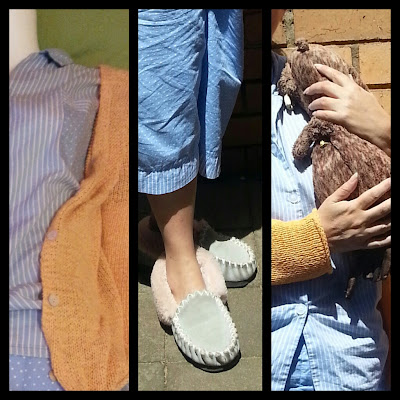