In the absence of exciting outfit details or a clear picture of my shoes (both due to my deciding to wear slightly sensible clothing for once, and no, I am not trying to one-up Irene, she said she was too warm for a cardi, honest!), I have, crazy-dog-lady-like, added lots of photos of Lollii. Other bloggers do it. Often they have cats. It seems a prerequisite to me. Except for the Sartorialist. But he is too often jet-setting to be a pet-carer perhaps. 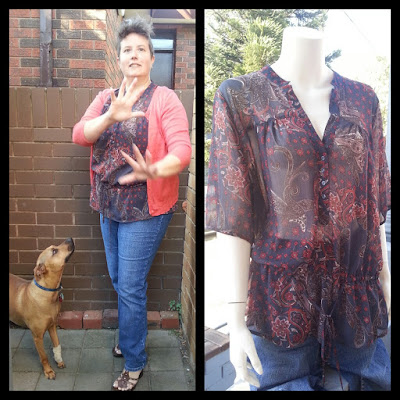 List_Addict               Irene
Lolli found her way to the RSPCA via Clayton Road. She had a good sense of stopping and sitting at road sides, and the softest feet in the universe (like she never walked on concrete, or never without some sort of shoe), but she doesn't have any idea about what actually happens on roads so it's a small miracle she survived. The owners turned up at the RSPCA and were promptly given a bill for losing her femaleness and gaining a microchip, as well as a fine for her not already having those. They said they'd be back in two days and never turned up again. We happened to be there the day she was released for adoption. I never noticed her at first. She was quiet as a pea and a staffy-mix (at that stage I believed the staffy-hype and was avoiding all dogs that had that addition). Then I happened to look at her. She was sitting there with her silly face and her crinkled up forehead, all philosophising and thoughtful. And then you know. You just know. She bounces like a gazelle when she is happy and skimpers under the bed like a ferret when it's windy or you use the griller. She loves any male that comes within sniffing distance. And they adore her. A staffy-whippet cross. She is beautiful. And that is just a too-proud mummy talking.

P.s: The hands-up motions is usually because my photographer has gone mad and wont stop shooting. It's often the photo I like best. 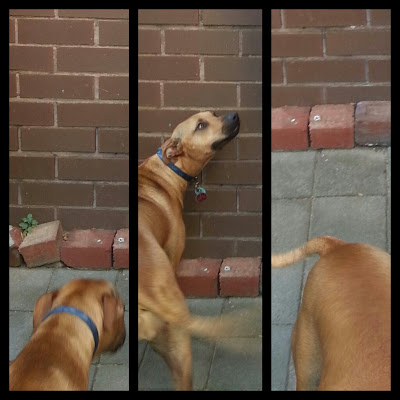