My Theory: Tennis makes the weather unbearable. If there was no Melbourne Open, then we would have a lovely mild summer rather than this thirty degrees (eighty-six for the old schoolers) of temperature at one am!! Think back to every Melbourne Open ever and what do you recall? Hot, arrogant tennis players sweating. A lot. I think it is the blueness of the court. It mucks with the stratosphere and the hot air gathered in the middle of Australia. Ban the tennis! Lets start a petition. We the undersigned ... 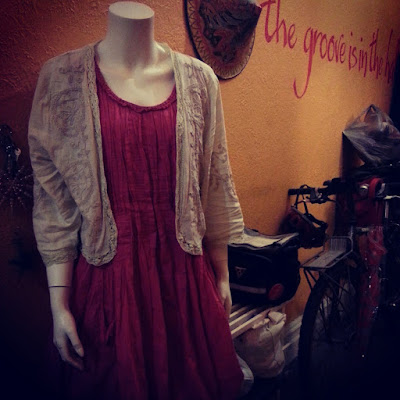 Irene
Irene in her hall. She's a little like Harry but she doesnt even get a cupboard under the stairs. The sign says 'The groove is the hall'. The commonly misconstrued Deee-Lite lyrics are memories of a trip to Spain. As they would be, of course. 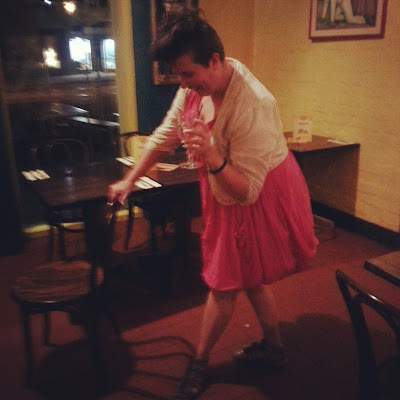 No, I am holding the chair up. Above is what a flat-out twelve hour shift undertaken on a handful of nuts, a small piece of fruit cake and three coffees (two of which were simultaneous), followed by nachos, two margaritas and a Mexican coffee does to you. Okay. No excuses. I am just a cheap date.

Thank you to my lovely guest photographer, J—— for taking the challenge of todays shoot!