Day 116: The Nesses Fluffy and Silly

It is that four in the morning time and in the tea-room the TV is on. We're at the Taronga Zoo finding out what is happening with all the animals. Can reality TV get any better? There are eight or so people in here who would say 'hell, no', but whose lack of sleep may make their judgement questionable. We have the baby cheetahs who have lost their mum and are having to be hand fed. They mew like birds, and their little feet with their tiny nails are pawing the air as if mum was still there. Both adorably cute and adorably sad. By next week they will probably take off your arm, but right now I want one. They have also been trying to mate the cameleons. If they are happy when popped in each other's cages, he and she remain resplendently coloured. But if she is 'just not that into' him, she goes black. Take one: black. And biting a brightly coloured and optimistic him in the turkey wattle. A simple change of partners got everyone colourful and now there are eggs. Wouldn't it be good if knowing a date was going to work out was as simple as seeing what colours your skin turned. They have a seal in who got bitten by a shark (eek), and lived. He has huge wounds all round him and hadn't been in the water for three weeks. They just popped him in for the first time since and he is loving it. Smiling, rolling around, rubbing his face with joy and turning somersaults. Everyone in the tea room is turning to jelly. And the last story of the day is the poor alpha male baboon who has been deemed to have made too great a contribution to the zoo's baboon gene pool, and is on the table for the removal of his manhood. Do I watch too much television? I'd love to tell you about the silliness that passes over my desk instead (these couple of days being consumed with work only, and no time for anything else), but the ridiculous things people do are so distinctive that I risk them recognising themselves (after the major assumption they read this blog) in their own absurdity. So television it is. 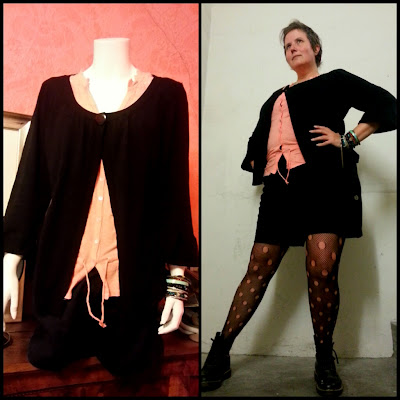 Irene               List_Addict
Because being human, we all know, is a silly, silly thing. Do we realise quite how silly we are? Walking home in the wee small hours of the morning (anything before ten), you see all the boot-campers out and about. I think (as you can probably tell) that exercise is a daft pre-occupation. People running between very small witches hats lain up in a row, people swinging their legs too and fro while holdng onto piers, squatting (just silly all by itself). And don't get me started on running styles. I am always impressed by the odd runner who effortlessly strides past like a gazelle. But most peope look like fast ducks. We didn't do this sort of thing in the 'old days'. Like, you know, when we lived in caves. Then we just ran to get away from things that fancied us for breakfast. The world is in a freefall of silliness. At least it is entertaining. As entertaining as television.