[Apologies for delays in posting. I picked up some sort of a tummy bug, maybe from all this foreign, weird food in the United States? And then I lost a day in transit. Then I had lots of chatting to do. Now I have to work to pay off the credit card. All conspiring to delay the blog—thanks for being patient!]

Do you have to like the main character of a novel? Can you keep reading a book with a protagonist who is grating and unloveable? Anti-heroes can sometimes be very likeable, even if, or maybe because, they are the bad guy. But the plainly unlikeable character is an interesting, although not easy, literary device. It is an element crucial to the story of Flowers for Algernon by Daniel Keyes.

[Spoiler alert] Charlie (I love a story about a namesake) has been chosen to participate in a revolutionary experiment whereby an operation will give him hyper-intelligence. The novel is epistolary, made up of progress reports he writes through the duration of the experiment. Charlie suffers from serious mental disability in the beginning and grows more and more intelligent. He also grows more and more arrogant and slowly loses all the 'friends' he had. He becomes, for me, (understandably) unlikeable. The operation and experiment is not perfected and so eventually the effects start to reverse themselves. Algernon is the mouse who precedes Charlie in the experiment, and in its attrition. They have an affinity for each other and Charlie's concern before he loses consciousness and understanding of what he has experienced is that someone with still leave flowers on his grave for Algernon. 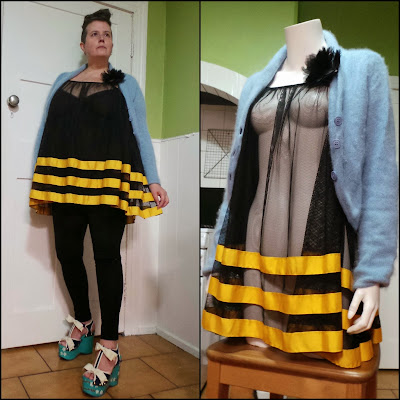 List_Addict               Irene
Ultimately this is an exploration of what it means to be human and what it means to be intelligent. It puts question to the importance we lay on intelligence, and in a way, I think, on the kind of book-learned knowledge that raises the social status of a person but not necessarily their community and emotional values. Published in 1966, it seems more relevant now where so much is determined for your future on what you know according to a graduate certificate, rather than who you show yourself to be. We have made an odd circle through what seemed a freedom from status and station, where people could come from nothing to be anything, back to a type of restriction which depends on your ability to buy intelligence. And the irony is you don't actually have to be smart to be intelligent, you just have to be committed and able to study. I'll stop lecturing now.

Flowers for Algernon is a banned and challenged book (what isn't?) for its sexually explicit passages (he talks about, and has, sex) and language. I think all banned books should be read at some stage—it helps to make you an intelligent human being! 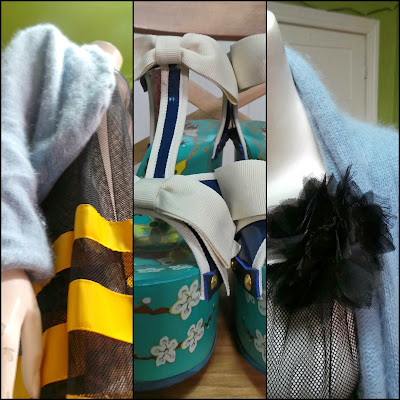 The Outfit
Clearing the Closet: It’s time to go B——'s fluffy cardigan (does it count if I am getting rid of other people's clothing?)
Dress: Op-shopped
Cardigan: B——'s, Op-shopped
Leggings: Target
Shoes: Irregular Choice 'Alaska'