Our Gold Class cinemas were having a special deal on Mondays, Tuesdays, Wednesdays in October. It was almost half price for the luxury that is fewer crisp and choc-top packet crinklings and in-seat dining and alcohol tiddling. So we went twice in two weeks and the second time was to see 2 Guns with Denzel Washington and Marky Mark Wahlberg. We went for an afternoon session (which was incredibly busy—don't you people have jobs!) V—— managed to slice through his nail with my coffee perculator just prior—quite an achievement. When I told him it seemed quite sharp for a non-cutting utensil, I didn't expect he would test the limits. Ouch. We also ran into a hot burg across the road when we came out the house. Police cars everywhere. It was like life imitating art: drama and suspense before the movie even started. 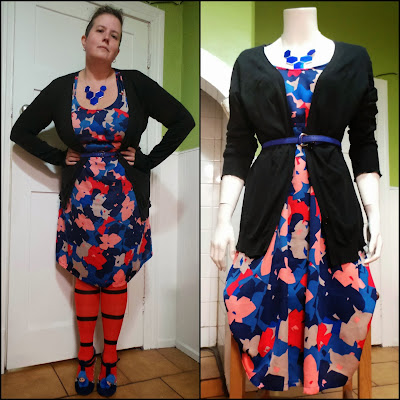 List_Addict               Irene
Mark Wahlberg actually does a fine fool. I like him when he plays a slightly dumb, if well meaning, character—like his character John in Ted. And he had his daft back on for 2 Guns which a good shoot-em-up, blow-em-up, crash-em, bang-em, race-em, chase-em kind of movie. [Spoiler alert: stop here if you don't want to know any more] One naval intelligence officer and one DEA officer, unaware of each other's non-undercover roles, rob a bank (with slightly shaky, but sanctioned reasons) to steal the money of the drug cartal they are both individually investigating. They get a whole lot more money than they bargained for, and it turns out to belong to people much worse than Mexican drug lords. I won't spoil all the surprise and tell you whose it is, but they are now in a lot more trouble than they thought. They find out about each other's real lives, but with their respective agencies dumping them due to a whole number of reasons, they have to help each other get out of this one. Slightly Tarantino-esque in its cinematography and violence which gave the film an entertaining graphic quality. Is it just me though, or are Denzel Washington's teeth slightly weird—too big or something. I liked it. Maybe not a rush-to-the-movies one, but if it's cheap that day, and you can spend a lazy afternoon eating junkfood and having a bevvy while you watch something that makes you laugh, that's not a total waste of an afternoon. 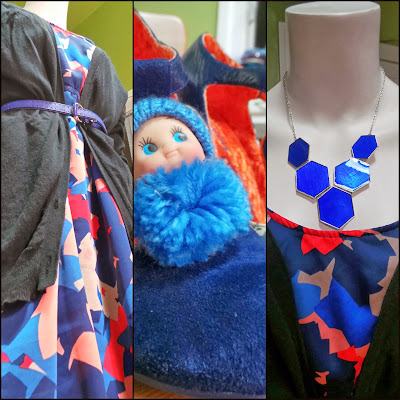 The Outfit
Clearing the Closet: It’s time to go black cardigan (sacrilege I know, no-one ever gets rid of a black cardigan, but this has little holes appearing everywhere and is fraying at the sleeve—it really is time for it to go)
Dress: Op-shopped
Cardigan (eliminated): Op-shopped
Belt: Retail
Tights: Gifted
Necklace: Junk Jewellery Shop Somewhere
Shoes: Irregular Choice 'Bambino'